During the April meeting on Thursday evening, the Helper City Council re-approached the discussion and possible approval on ordinance 2019-1.

This ordinance would add bars and taverns to the general commercial zone. The council all had copies of the proposed ordinance and Mayor Lenise Peterman touched on Jean Boyak previously visiting the council members to discuss them. However, previously it was not in ordinance form, prompting the need for attorney Jeremy Humes to compose it that way.

Humes proposed two forms: permitted use and conditional use. He also provided a list of all conditional versus permitted uses in the city to give a feel for what was previously listed as each. He continued by informing the council that it was completely up to them which one they wanted it to be.

Humes took some time to discuss what was used more often in the past. He also stated that, if approved as a conditional use, he recommended it be took back to planning and zoning to develop a list of the conditions to go alongside it. A list of conditions was also provided by Humes to the council.

Councilwoman Donna Archuleta motioned to approve the ordinance as a conditional use with Councilman Darren Cloward seconding. Following this was a voice vote, where all the council agreed.

Also discussed was modifying the return-to-work policy. Humes stated that this will affect employees of the city who have injuries that are not work-related. It is a mechanism to allow employees to come back to work under a light-duty policy and be monitored in such a way.

This simply takes the existing policy and adds the non-work related injury section. It will not actually change the current policy. If the city had some light work available, as requested, an employee could do that. It would be completely voluntary on the city’s part, as well as under digress.

Humes also noted that there is not a way to force an employee to work before they are ready to return. A need to ensure that the employee would be safe while working was listed as prudent. Councilwoman Malarie Matsuda motioned to approve with Councilman David Dornan following with a second. After a voice vote, the council agreed on the addition to the policy. 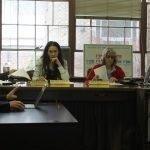 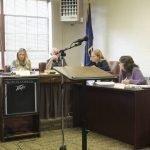