The Helper City Council meeting took place on Thursday evening. During the meeting, several matters were discussed, as well as some issues raised by local residents.

Tim Riley, resident of Helper, spoke to the council members on an issue that was of concern to him. He began by stating that the feral cat situation in Helper is a lot better than it used to be. It had been declining for a while but it picked back up at the end of the summer. One of the reasons for this, he suggested, is that the steak house building on Helper Main street has many openings in it that they can get into. One of the windows that is open is a basement window, and Riley fears that not only can stray animals get access, children can also get into it. He is afraid that the house may not be very safe and does not want to see anyone injured. There is a window on the front of the building open, one on the side, the aforementioned basement window and also a break in the foundation that he believes small animals can get into. Riley confirmed that he has seen cats in the building on nighttime walks. The council members agreed that it was an issue and said they would contact the owner to get the problem fixed.

Tami Ursenbach, Carbon County Economic Development Director, was also at the meeting and took some time to speak on some developments in the community. One new development  she spoke of is the Salt Lake Chamber wants to put together a program where it takes businesses that are looking to expand and assists them in doing so locally and throughout Utah. Carbon County received nine votes to be a county helped in this program. Also voted on was Sanpete with four votes and Morgan County with three votes.

“I was excited because they see that Carbon County is ready to grow,” stated Ursenbach.

Also discussed at the council meeting was the fact that fees for certain hookups may be going up. For instance, it used to be a $300 charge to hookup to a brand new water and sewer meter. With the new meters the charge may rise to upwards of $800. Also discussed was electric connections. No motion on these matters was passed at the meeting due to the resolution needing to be re-written to meet the new standards. 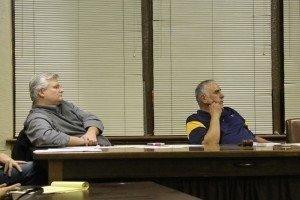 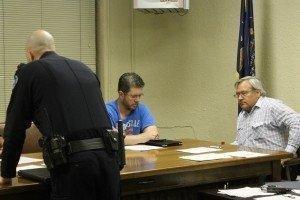