Helper City celebrated Memorial Day by honoring veterans with a new memorial monument in the Mountain View Cemetery. Construction was completed May 10, and the monument was dedicated with a ceremony Monday.

Several veterans from the area spoke at the ceremony. They spoke of the sacrifice their fellow veterans made and expressed tremendous appreciation for the monument.

The ceremony included the traditional 21-gun salute and bugle taps, flag ceremony, and the presenting of a wreath.

Navy veteran Neldon Huff expressed his gratitude for the monument and said he was pleased with the fact there is now a way to permanently preserve the memory of the fallen for families and comrades.

The Saint Anthony of Padua Knights of Columbus Council 2611 in Helper took over the task of placing crosses and flags in the cemetery on Memorial Day from the American Legion 15 years ago. Over the years this task become more and more overwhelming and last year the idea for a veteran’s monument was born.

Four hundred names of veterans buried in Mountain View Cemetery are memorialized on the monument, and names will continue to be added through the years.

Donations can be made to the Helper Veteran’s Monument Memorial fund at Wells Fargo. 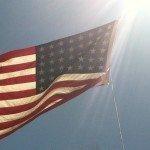 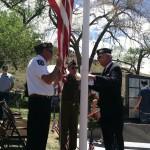