During the Helper City Council meeting for August hosted on Thursday evening, Mayor Lenise Peterman took the time to honor a number of Helper City faces that have recently, as well as throughout time, made the area a better and safer place to live.

The first was Denver Matthews, Gary Harwood and Mark Kirby of the Helper City Fire Department and EMTs. Mayor Peterman highlighted these gentleman because they took on a case not long ago that resulted in them saving a life. The men were given plaques from the mayor commemorating the honor.

Next, Officers Richard “Wiley” Pope and Chris Gigliotti were both honored due to Mayor Peterman being stopped in a parking lot to be told of their assistance. These gentleman assisted in the case of an elderly woman’s home being vandalized, with Officer Gigliotti securing her window and Officer Pope tracking down the culprits, who then paid for the damages.

“It’s nice when someone chases me down to tell me about nice things,” Mayor Peterman commented.

Finally, although the duo was out of town and not able to attend, Mayor Peterman wanted to recognize Dave Johnsen and Thomas Williams for the years of dedicated work on the Helper Arts, Music and Film Festival.

She stated that with the 25th anniversary of the festival coming up, she wanted to reflect on how both of the men were guiding forces in ensuring that the festival has continued through good and challenging times. She continued by stating that she wished to let them know that they were appreciated and the city is very excited to celebrate the anniversary.

The Helper Arts, Music and Film Festival will be hosted once more on Aug. 15-19 along Helper City’s Main Street. 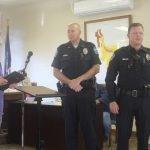 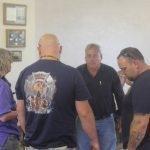 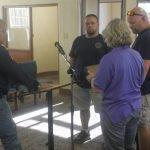 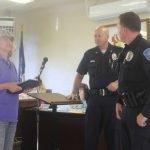