Members of the Matt Warner Chapter E. Clampus Vitus of Helper City visited Mayor Lenise Peterman and the members of the city council on Thursday evening for a presentation.

This presentation saw the Clampers presenting the city with a plaque of appreciation. Helper City was one of the sponsors for the Clampers as they once again hosted their Sub for Santa program in 2019, ensuring that no child in the community celebrated the holiday without gifts. They wished to show their appreciation to the city with the specially-made plaque.

The Clampers expressed that without the use of the Rio Theater each year for their production of “Scrooge,” they would be unable to earn at least half of the money that is raised. As she accepted the plaque, Mayor Peterman thanked the members of the organization in turn for all that they do.

“We appreciate everything that the Clampers do for our community,” stated Mayor Peterman.

In 2019, 129 youth and five handicapped adults benefited from the program with over $15,000 raised. Following this pronouncement, the Clampers received a hearty round of applause from the council members and listening crowd. 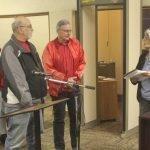 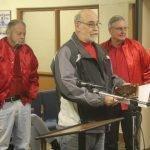 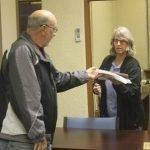