Baseball teams have always been a legacy in the city of Helper. However, this year, all of the baseball teams made the decision to merge with the teams in Price, leaving Helper without a team at all. There were certain members of the community that saw this as something that needed to be changed and came together to form their own team.

The Helper Hitmen is a team that consists of 12 kids ages 10 to 13. It was started by Erika and Anthony Alford and is managed by Anthony. The team is coached by Levi Ferguson, Richard Schade and Bob Schade. Currently, the team is all boys, but girls are able to try out.

The Helper Hitmen are a travelling team that have played seven games so far and will continue to play from now until the spring. Alford saw creating a team as being important because Helper has had a baseball legacy for years and forming the team was the only way that it will be kept alive. Alford is hoping that the Helper baseball legacy can be kept this way.

The team would also like to have younger teams form under the Helper Hitmen in the future as well as bring a tournament to the local community.

They appreciate all of their parents and sponsors.

The team is hoping that more kids will come and try out to play. They encourage boys and girls alike to tryout. To tryout, simply call the manager at (435) 650-9734. The team meets for practice at the Legion Field in Helper. 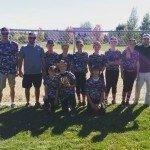 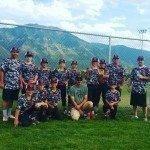