Following the successful opening of the Helper City Pool for the summer months, a need to continue fundraising is prevalent in order to keep the doors open until Labor Day.

With this in mind, those at Castleview Hospital made the decision to join together and donate a large sum to the pool to help keep it running. This donation of $10,000 was given at the Balance Rock Eatery on Thursday morning to those that have worked tirelessly to see the dream a reality.

Juliano continued her sentiments by stating that she has had many state that the opening was a burst of energy for Helper and it was a project that was for the community, by the community. Helper City Councilwoman Michelle Goldsmith then took the time to crunch some numbers with those in attendance.

She stated that the pool is averaging about 271 in attendance per day, though not all at the same time. The total amount received at the pool as of July 12 was over $49,000 after taxing out taxes. Over $12,000 has been raised in concessions and the pool has received over $30,000 in donations, including Castleview’s.

The pool will be offering gift cards for an easy gift idea in the amount of $5, which can be purchased in person. There is also a plan to form a “Friend’s of the Helper Pool” nonprofit organization following a sign-off from the city council.

To continue fundraising efforts, the pool is hosting a giveaway with a special gift basket from Oliveto Fine Gifts and Furnishings. Those that wish to view the gift basket may visit the pool. The fee is $1 per entry to enter to win the basket.

“Castleview hospital is committed to our mission of making communities healthier. With COVID-19 disrupting our historic ‘normal’, anxiety and depression rates have increased. Donating to the Helper Pool aligns directly with our mission and we feel it is important that the children and families in our community get out and enjoy safe summer activities. We hope everyone will benefit positively from this contribution,” stated Castleview Hospital CEO Greg Cook. 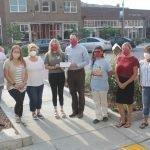 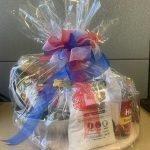