Helper City has been working diligently to become a dark skies community since the idea was introduced to the Helper Revitalization Community Group in 2017. The city has been working with the International Dark Sky Association to learn the steps to protect dark sky environments.

Being a dark sky community means that the city focuses on protecting its dark sky environment from light pollution. Helper City Mayor Lenise Peterman has expressed that traction has been achieved within the community on more than one level regarding this effort, including a partnership with students from the University of Utah.

These students have visited the area and conducted studies on ways to achieve the goal of a dark sky community. Over the weekend, the students once again visited Helper to present some of their findings and give more information to the community on dark skies.

On Saturday afternoon, all were invited to Gallery Untitled on the city’s Main Street for an informational session. Stacy Harwood, the chairwoman of these efforts, introduced the rest of the team. Following this introduction, two of the students spoke on the effort, beginning with the changing of the night throughout history, especially in recent times.

They continued by explaining that they are working to decide on how to best apply the expertise for communities such as Helper. There are individuals nearing their 30s that state they have never witnessed the Milky Way themselves. The dark skies effort pushes to get back to connecting with the night sky.

“I want to acknowledge the weight of that and the significance of that,” one representative stressed.

On display during the discussion was a drone that has been developed on campus in collaboration with engineers for dark sky viewing. The engineers were also present and ready to answer questions. Following their discussion, two videos were shown to the crowd that spoke on light pollution and ways of lighting at night to improve the quality of light. Also discussed in the videos was sustainable tourism.

Following the film, the floor was opened for questions and answers, not to mention further discussion and presentation from the students. 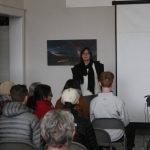 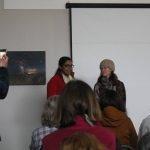 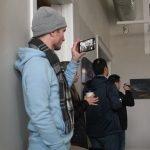 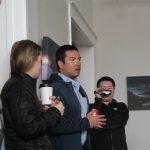 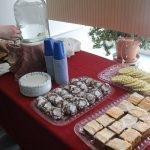 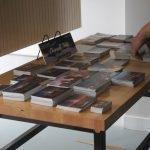 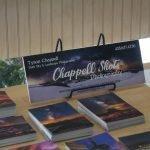 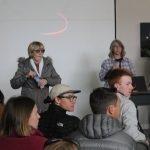 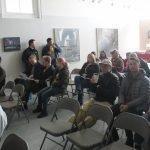 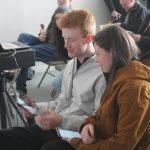 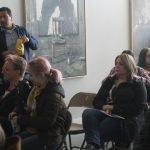 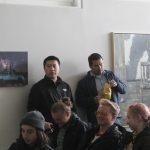 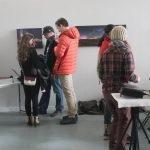 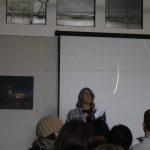 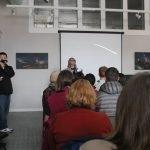