Despite ongoing road construction in Helper, the annual Christmas Town Festival and electric light parade will still take place this year. According to festival director Mark Montoya, many residents feared that Helper Main Street would not be paved and ready for the parade. With the construction go-ahead, event organizers are working hard to spread the word that the parade will take place next month.

Montoya explained that this will be the 24th year for the Christmas Town festivities. “The parade is a great opportunity to complete service projects, start family traditions and allow church groups to participate in Christmas celebrations,” he explained. “It doesn’t matter what the float looks like in the day, as long as it’s lit up at night.”

The electric light parade will take place Dec. 6-7 beginning at 7 p.m. nightly. Holding to tradition, a chili dinner will be conducted at the Helper Civic Auditorium each night beginning at 4 p.m. until parade time. Fireworks will also be set off following the parade on Dec. 7.

Several Christmas Town events will take place leading up to the light parade. The Christmas Craft Fair on Nov. 22-23 will kick off Helper’s festivities followed by the Lights On ceremony Nov. 29. A luminary memorial ceremony will also be conducted at the Helper City Cemetery Dec. 4. Finally, breakfast with Santa will take place the morning of Dec. 7 from 8-11 a.m..

For a complete list of events, to read guidelines and complete an application for a Christmas Town event, visit utahchristmastown.com or the community calendar link on etv10news.com. An insert will also be in the Nov. 14 edition of the ETV10 Newspaper. 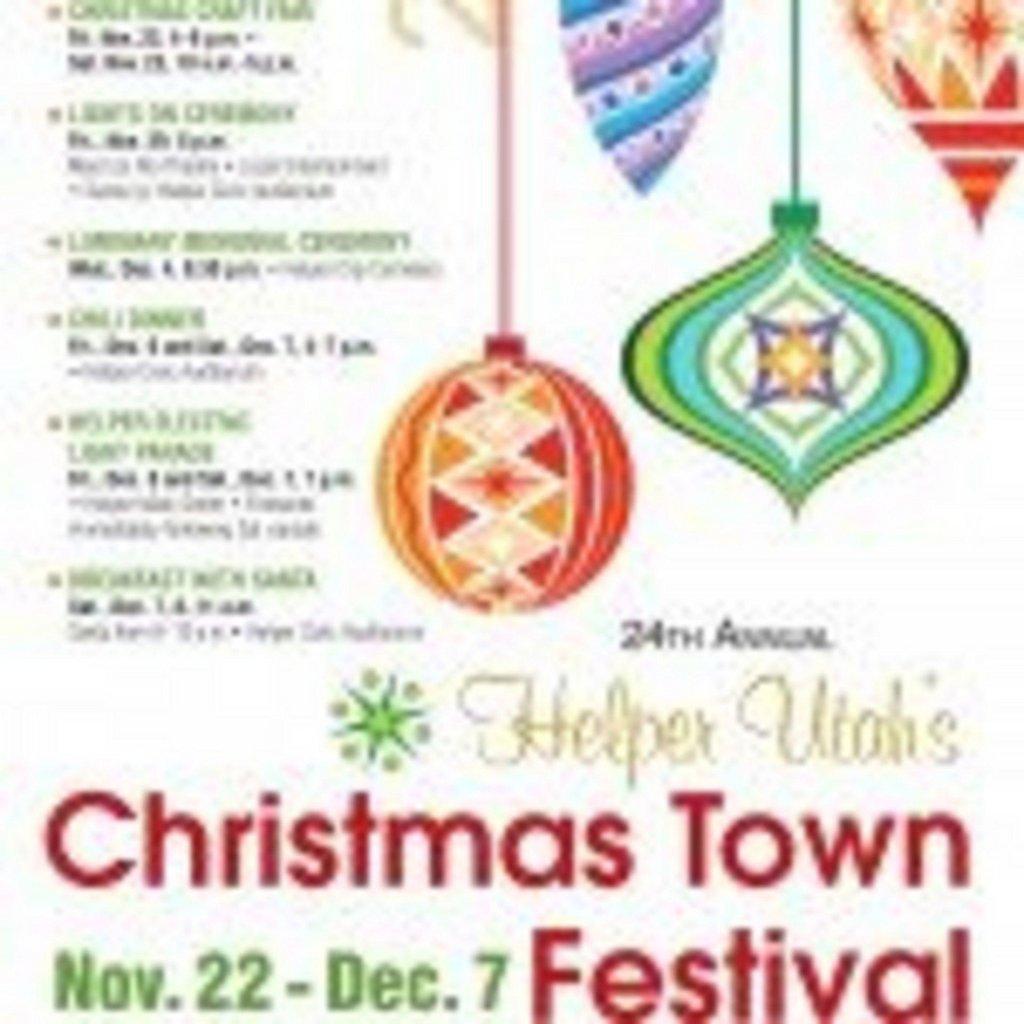