The Hero’s Among Us 3rd Annual Bird Hunt Benefit was held in Green River on Oct. 17.

The benefit is a 501(c)(3) organization that provides hunts for heroes in the community. A hero could be a military veteran, a first responder or someone who has done something heroic. This year, there were over 200 applicants and five were chosen. The hunt is held for several days through Sept. 26 and 27, Oct. 3 and 4, Oct. 10 and 11, and Oct. 17 and 18 with an auction that is held on Oct. 18.

During the final day, several items were auctioned, including a sabertooth cat skull, South African safari, Guatamela fishing trip and an Alaska fishing trip. All auction proceeds benefit the Heroes Among Us Foundation.

During lunch on Oct. 17, Brent Shelby from Orem was honored for his service in Iraq. During his service as a rifleman in the Marine Core, Shelby sustained a head injury, in which he devolved a slight tick. He also lost two of his best friends during that time.

“The purpose of the benefit is to bring heroes to the hunt to show appreciation for them and to show America’s love of the military. Many military personnel suffer from the repercussions of being in war. This benefit wants to show they care and don’t want military veterans to take their life. Instead, we want them to go hunting, fishing, and to be around those who appreciate them and what they have been through,” said Scott Banasky, owner of the Banasky Hunting Lodge. 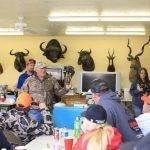 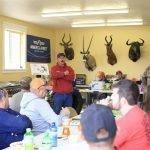 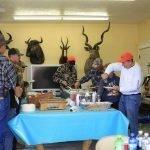 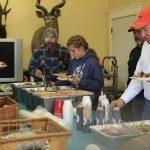 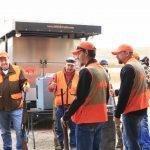 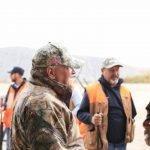 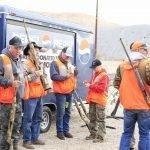 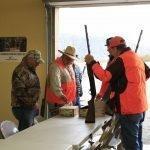 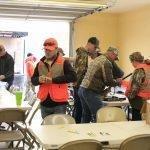 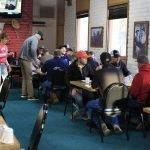 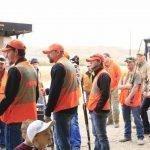