“I really appreciate the opportunity to come and share my experiences in Salt Lake City,” Senator Hinkins expressed.

Hinkins introduced several people who attended the luncheon with him including Dan Baker and Dave Petty who have been instrumental in the reopening of Emery County’s CONSOL mine by Bronco Energy Resources. The mine’s new manager was also in attendance.

Hinkins gave hope to the public concerned about coal and the attacks on the natural resource. He mentioned trying to build interest in coal-to-liquid technologies in Emery County. Further on coal, Hinkins reported how new jobs are being created in Utah due to low utility and energy rates boasted by the state.

“They’re here because of Carbon and Emery County,” Senator Hinkins expressed in regards to new businesses coming to Utah.

Besides coal, Senator Hinkins also took the opportunity to discuss the development of an off-spring reservoir and how beneficial it would be for the area.

“We need to get jobs to keep our children and our friends and neighbors here,” he explained. Senator Hinkins also expressed his belief that agriculture could provide needed jobs.

“Let me just start with education,” Representative King stated. “We did $668 million new dollars to education, that’s both public and higher ed. Sounds like a tremendous amount of money but that just barely covered growth.”

Representative King also explained how specifically how $16 million were allocated for technology training in education and $17 million for early learning initiatives that will be re-addressed next month in a special session. King also spoke proudly of $500,000 reserved for smaller schools.

“That is a huge number and it saves us from paying interest on the loans that we have for projects like road construction, especially. We also paid $325 million for next year and we authorized no new debt,” he further stated.

“If we were able to have four or five years like this in a row, we would be totally debt-free and be able to pay for all of those projects with cash and that would be a huge boom for the state and we need to keep working on that,” Representative King said.

“Most importantly, I think, we got $6.5 million to pass through the counties that will go for mental health and addiction treatment for people that are incarcerated,” he continued.

After their presentations, Senator Hinkins and Representative King gave audience members the chance to ask questions.

At the luncheon, CCCC President David Funk took the opportunity to recognize Matt Blaser and his recent opening of a new steel fabrication plant, the chamber’s business spotlight of the month.

Besides Blaser’s company, the event also gave the opportunity to a representative to discuss more about the Carbon County Family Support and Children’s Justice Center. The institution, which has been a part of Carbon County for twenty years, offers investigative programs of child abuse and also helps to prosecute child abuse cases. It also helps to support families under crises such as medical problems and also general support for the needs of families. 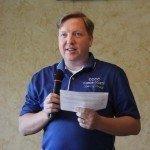 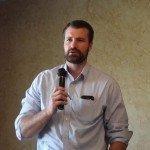 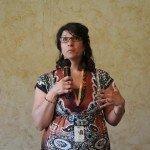 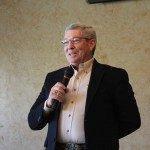 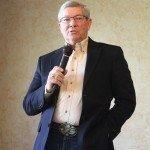 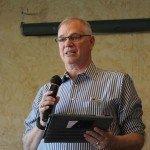 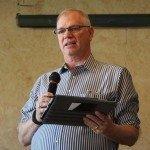 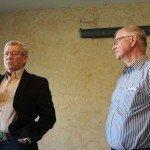 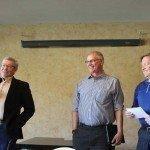