Ross Bryner, a fifth-generation Carbon County resident, was invited to speak during the Carbon County Historical Society’s March meeting on the history of the Bryner family. This iconic family is commonly known as some of the earliest Carbon County pioneers.

Ross, who was born and raised on a cattle ranch in the area, is the son of the late Lyle and Cecelia Bryner. The Bryner family hails from Switzerland and Bryner stated that though there are many ways to spell and pronounce the name, it comes from the same base family from many years ago.

A few months after his father passed away in 2004, Ross searched the name and was surprised with what came up. He found a company called Bryner Chevrolet in the outskirts of Philadelphia, a championship race car driver and a very famous Bryner whose father was a mining engineer in Russia. All of these Bryner’s originally came from Switzerland as well.

The Bryner family came to Price in 1884 and never left over the course of the 138 years, according to Ross. He explained that there are basically three branches of Bryner’s that settled in Carbon County and that all three of them have ties to the Mormon immigration from Switzerland to Utah.

The Helper Bryner’s, such as Rex and George Bryner, developed a lot of land in Helper. Another branch was the Canada Bryner’s, with one member teaching school at Mont Harmon Middle School and coaching in the 70s and 80s. The third branch is the Price Bryner’s, who are also the ones that owned the home that was converted into the Pioneer Museum. Some well-known local Bryner’s are former Judge Bryce Bryner, Carbon County Attorney Christian Bryner, the owner of Bryner’s Photography and more.

Ross explained that all three groups of Bryner’s are related a few generations back. He recommended going to the Bryner Pioneer Museum for those that have not visited, stating that Sue Christensen has done an excellent job capturing and maintaining the history.

Ross then shined the spotlight on his grandfather, who he credited as a courageous man that lived a full life and overcame many obstacles. Before coming to Price in 1884 from Southern Utah, in his later 20s he was in his slaughterhouse and one of the pig’s feet came off of the hook. One of the points of the hoof jabbed him in the eye. Within two weeks, he was completely blind due to an infection spreading to both eyes. Though he faced many hardships following being blinded, Ross’s grandfather persevered and was one of the many that came in the immigration.

Gardening, beekeeping, midwife work and more are just some of the other experiences and impacts that the Bryner’s have had in the area. To learn more about this iconic family, visit the Bryner Pioneer Museum, which is located at 68 South 100 East in Price and can be reached at (435) 613-1847. 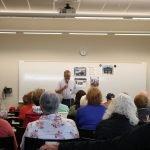 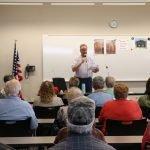 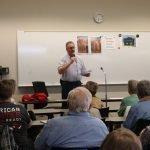 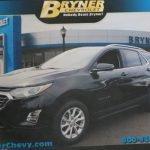 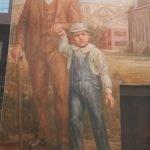