Each year, hundreds of thousands of honey bees are transported from across the county to the San Joaquin Valley in California to cross pollinate nearly all almond trees in the area.

The blossoms of nearly all California almond varieties are self-incompatible, requiring cross pollination with other varieties to produce a crop. Even self-compatible varieties still require transfer of pollen within the flower. The single most important determining factor for a good yield is pollination during the bloom period. About 1.6 million colonies of honey bees are placed in California almond orchards at the beginning of the bloom period to pollinate the crop. California beekeepers alone cannot supply this critical need, which is why honey bees are transported from across the country to the San Joaquin Valley each year.

Randy Anderson, a local beekeeper in Emery, leases his hives of honey bees to California almond growers each year. Semi-trucks come out each fall to transport his bees to spend the winter months pollinating. When the bees are returned in the spring, the hives are overflowing with bees from the warm winter months spent in California. The queen bees thrive and lay eggs all winter, leading to overcrowding in the hives.

Upon return, Anderson splits the hives to prevent swarming. Using a smoker and a queen extractor, worker bees and drones are extracted from the hives and are split into three-pound packages where a separately boxed queen bee is added and readied to be moved to a new location. According to beekeepers the smoke imitates a fire and the bees, thinking they have to move, gorge themselves on honey causing them to become calm and lethargic, allowing beekeepers to capture them.

Bees are moved to new locations within a two-mile radius from the original hive to prevent foragers from returning to their original hive containing their queen.

Queen bees can be raised but are typically purchased from a company in California.

Before the honey bees are shipped back to California in the fall, honey will be extracted from the hives sometime around Labor Day. 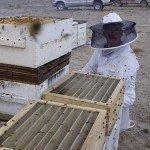 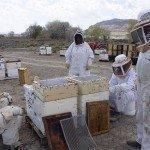 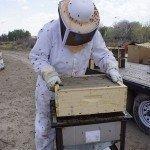 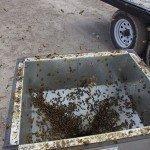 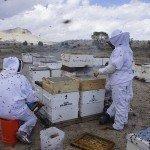 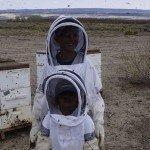 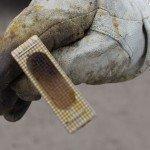 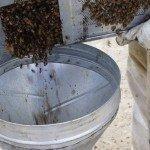 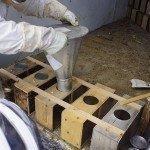 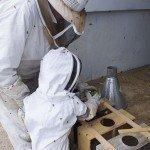 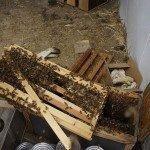 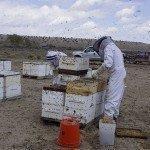 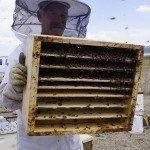 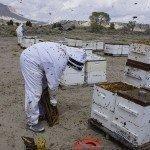 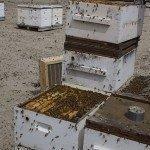 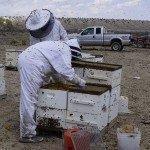 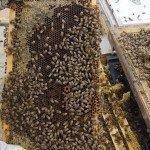 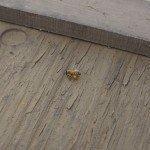 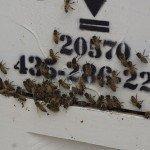 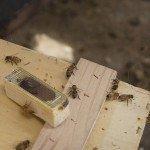