“Honor Those Who Serve” was the inscription on the sandstone engraved memorial stone placed at the Emery Town Cemetery honoring veterans on Wednesday evening. The dedication ceremony began with Lisa Farley leading the crowd singing “The National Anthem.”

Mayor Christiansen then expressed how proud and grateful she is to have the opportunity to honor those who have served, now serve and will serve their country. She quoted President Kennedy, “not to just express words of gratitude but rather to live by them.”

Following the mayor’s expression of gratitude, Jack Christiansen read a poem entitled “Veteran’s Day.” The last line of this selection, “Though we may not know all the names, we remember all veterans just the same,” expressed the sentiment of the memorial.

Councilman Varian Allen, who led this endeavor, thanked the other council members, city clerks, work partners and especially city maintenance man, Ken Christiansen, for making the memorial a reality. Two Emery businesses were very helpful and contributed to the memorial; James Byars of Red Cliff Mining and Dave Taylor of Live Earth. At this time, the city council unveiled the monument. Bishop Gardner then dedicated the ground and monument.

The monument is a five star cement pad with flags of each branch of the military on each point. The center displays an American flag and the flag of the POW’S. The beautiful large sandstone rock is engraved and features medallions of the five branches of the military. 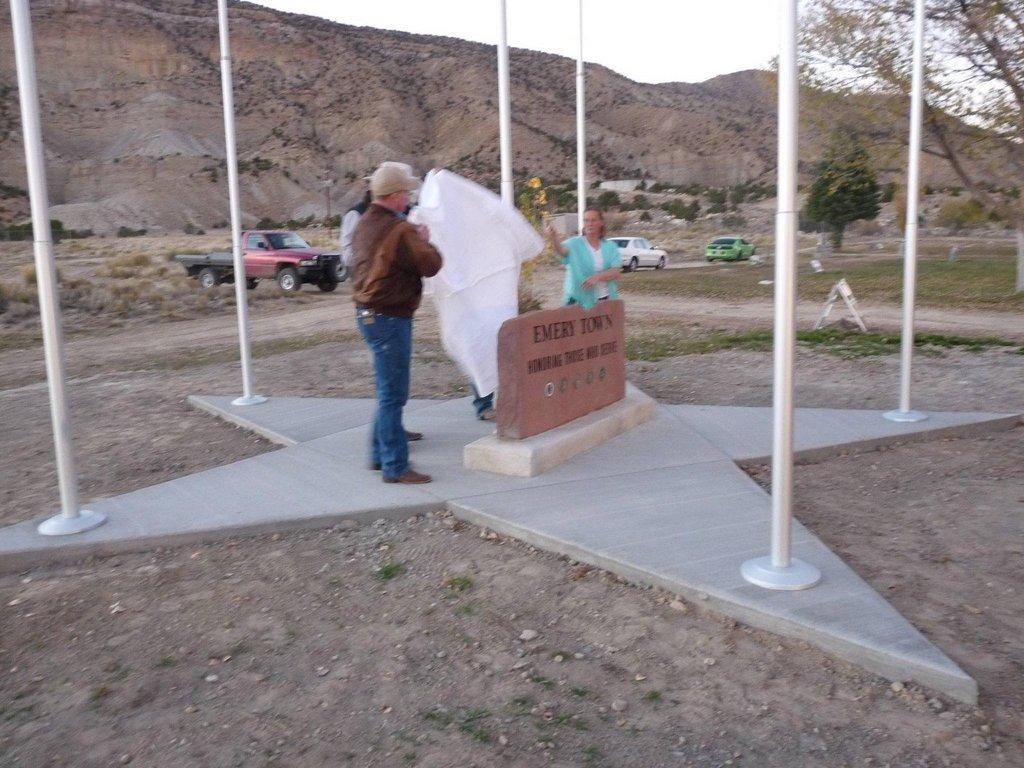 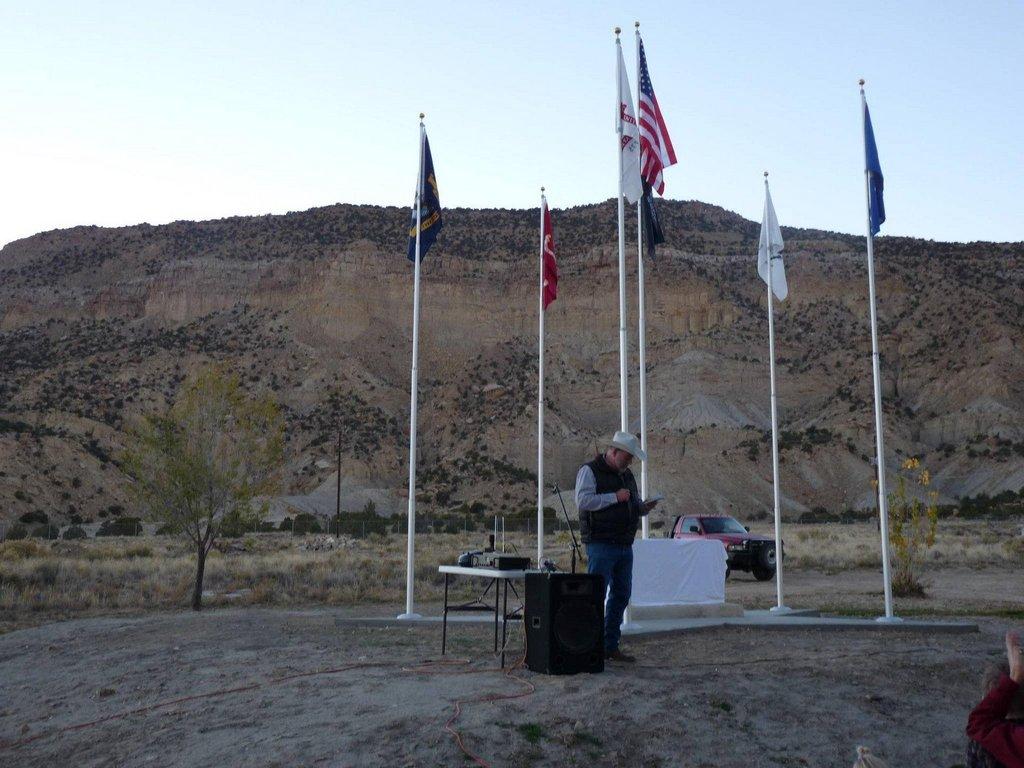 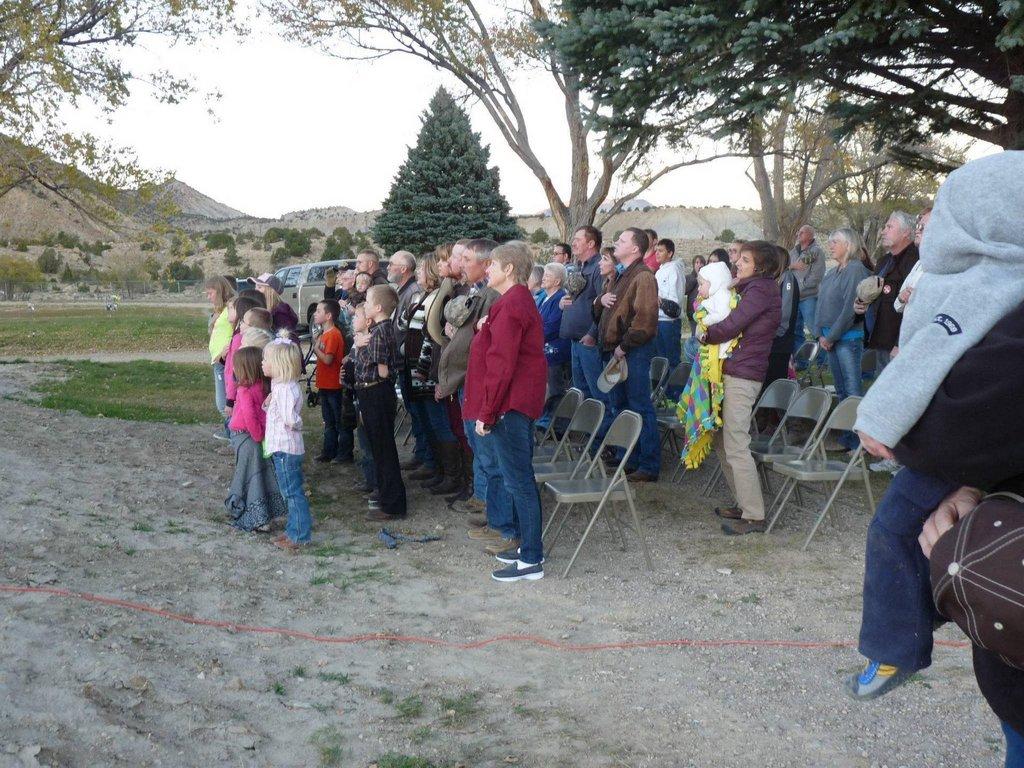 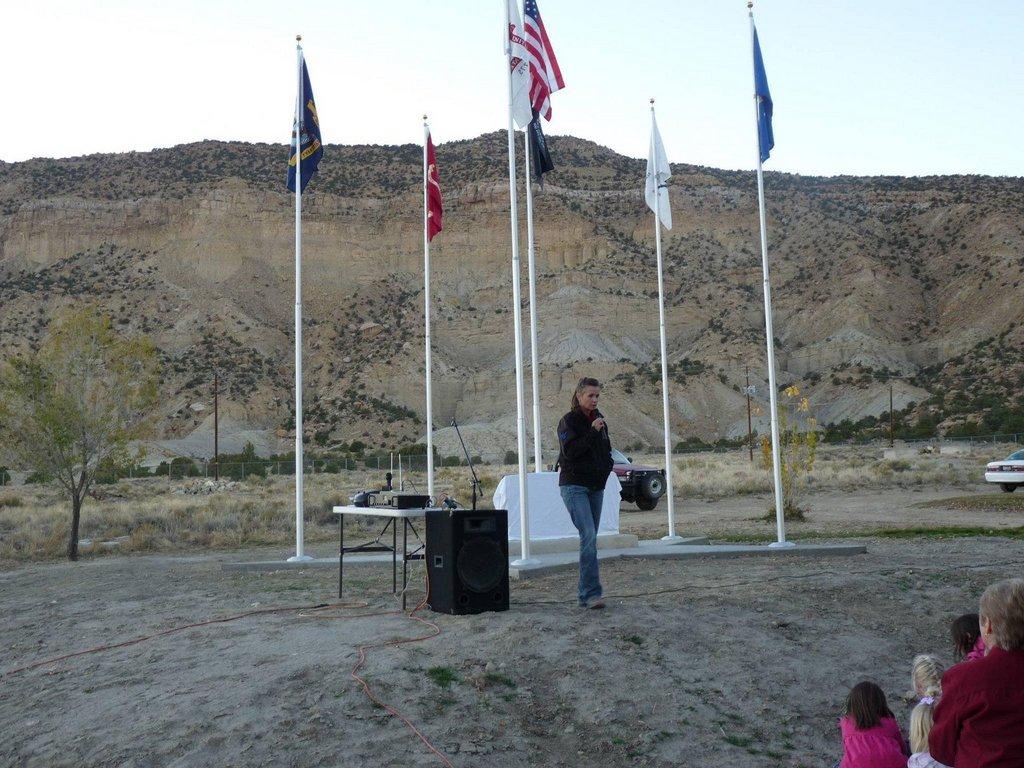 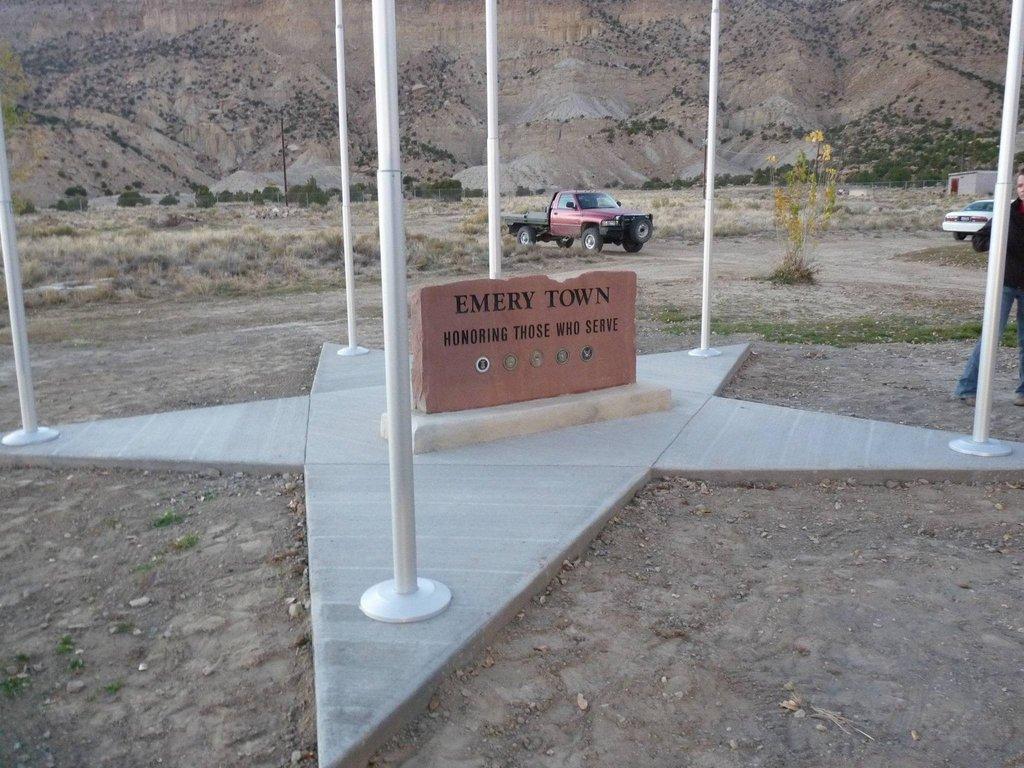