Representatives from the HOPE Squad of Carbon and Emery Counties gathered at a recent Wellington City Council meeting to honor police captain Chad Fiechko for saving a life in June.

Law enforcement responded to the home of a suicidal male in Wellington in June. Thanks to prior training and cooperation between multiple law enforcement agencies, the subject’s life was spared and he began treatment.

According to Feichko, a call was received around 1:30 a.m. that day. A woman stated that an intoxicated male subject in his 50s had two guns and was suicidal. Personnel from Wellington City, Price City and the Carbon County Sheriff’s Office were quickly dispatched to the scene. After a short brief with the reporting party, officers and deputies set up around the perimeter of the home.

Feichko was dispatched to a window at the back of the home where he had clear sight of the suicidal man sitting with two guns near him. After speaking with the subject, the man allowed Feichko to enter the home. The Wellington captain was able to secure the weapons before sitting down to speak with the man.

Instead of writing the struggling man a citation or booking him into jail, Feichko used his Crisis Intervention Training (CIT) to set up a long-term safety plan. CIT is an alliance between mental health providers and law enforcement to work as a team to respond to people who are in a crisis, especially those struggling with mental health.

Lodeserto encouraged others members of the community to not be afraid to get involved.

“Talking about suicide gets it out on the table and opens that door for them to talk about what they are feeling,”
she explained. “It allows them to make a promise not to hurt themselves so you can help them get the help they need. Your willingness to listen will make all the difference in the world.”

Fiechko also took a moment to thank the HOPE Squad for all that they have done for the community and the continued work and trainings members do.

“I just want to say thank you for everything you guys do,” Fiechko told members of the HOPE Squad.

The HOPE Squad has been working to end suicide in the local community since 2013. Through various activities and trainings, the team of dedicated individuals aims to raise awareness about suicide and its prevention as well as provide assistance to those in need.

“The HOPE Squad of Carbon and Emery Counties was started in 2013 due to an uprising of suicides in our community,” Lodeserto explained. “As a coalition, we have done several events in the community starting with the HOPE Walk in September, the HOPE Festival in December and this year, we held our first HOPE for Spring event at Washington Park. All of these events were done in hopes to provide suicide awareness into our community and to link someone in crisis to counselors for help.”

Upcoming for the squad is the Color of HOPE was on Sept. 11. The event will take place from 6-9 p.m. on the Price River Trail, starting at Carbon Avenue.

“This event is an awareness walk that is in conjunction with National Suicide Awareness Week that is Sept. 9-15,” Lodeserto said. “Please come out and join us in our suicide prevention efforts.”

Lodeserto also reminded that the coalition is always looking for new members. Those wishing to get involved can attend the HOPE Squad’s next meeting scheduled for Oct. 13. The meeting will take place at 8:30 a.m. at the Southeastern Utah District Health Department. 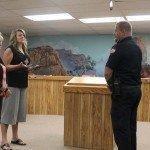 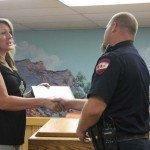 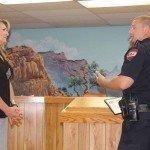