The Hope Squad of Carbon and Emery Counties was developed to bring awareness and provide suicide prevention activities to benefit individuals in our community who need it the most. Our mission is simple we are a grassroots organization dedicated to educating the public on suicide prevention, reaching out to support individuals and families, increasing community awareness and connecting those in need to appropriate resources. You may contact the Hope Squad by calling (435) 637-3671.

The Hope Squad of Carbon and Emery Counties would like you to know that no matter what problems you are dealing with, we want to help you find a reason to keep living. By calling 1-800-273-TALK (8255), you’ll be connected to a skilled, trained counselor at a crisis center in your area, anytime, 24/7.

Worried about someone? The Hope Squad of Carbon and Emery Counties would like you to know that if you are worried that someone is suicidal, ask them. It could save their life.

Suicide prevention tip: Respond quickly in a crisis
If a friend or family member tells you that he or she is thinking about death or suicide, it’s important to evaluate the immediate danger the person is in. Those at the highest risk for committing suicide in the near future have a specific suicide PLAN, the MEANS to carry out the plan, a TIME SET for doing it and an INTENTION to do it.

The following questions can help you assess the immediate risk for suicide:
• Do you have a suicide plan? (PLAN)
• Do you have what you need to carry out your plan (pills, gun, etc.)? (MEANS)
• Do you know when you would do it? (TIME SET)
• Do you intend to commit suicide? (INTENTION)

If a suicide attempt seems imminent, call a local crisis center, dial 911 or take the person to an emergency room. Remove guns, drugs, knives and other potentially lethal objects from the vicinity but do not, under any circumstances, leave a suicidal person alone. 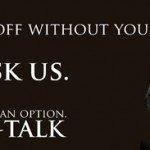