The Emery County 9U Junior Spartan baseball team went before Huntington City Council Wednesday evening to express thanks for granting its request to host a tournament in Huntington City Park along with a donation to the team.

The Junior Spartan Team played Manti and Carbon in the tournament and came out successful. Steven Stoker, one of the coaches for the team, thanked the council for its support and letting the team have access to equipment to prepare the fields. Also, the team appreciated that the lawns were already clipped and prepared in advance for the tournament.

Overall, the team was thankful for everything the Huntington City Council did for the tournament and is happy to report that Huntington City Park has been improved because of this donation. Team members Ryder Hansen and Turner Stoker also thanked and informed the council that the team had fun and worked hard.

Gloria Wilson and Julie Jones along with the rest of the council expressed their appreciation to those who were involved in making 2015 Heritage Days a huge success with their activities, parade, booths and more. Huntington City is still in search of an outstanding citizen to be part of the grand marshall and participate in Emery County Fair parade.

A concerned citizen also made a comment regarding the old flour mill being a fire hazard and a health issue, stating that it is in need of state inspection. The council is aware that people want it removed but explained it is too costly to renovate. The situation is being analyzed. 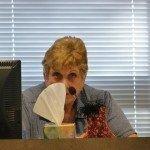 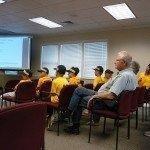 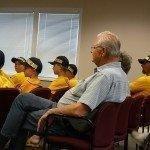