Huntington City Mayor Hillary Gordon voiced concerns regarding who would be financially responsible for ongoing maintenance expenses. Captain Kyle Ekker, project manager and emergency manager of the Emery County Sheriff’s Office, stated that they would likely apply for a funding source.

Emery County requested funding from the NRCS in order to implement a project that would address the post-fire effects in the Huntington Creek Watershed. Over $4 million has been spent to construct sediment basins and debris catchments. Seventy-five percent of the funding was provided through the NRCS’s Emergency Watershed Program while 25% came through local sources.

The centerpiece projects are the two debris basins on Huntington Creek. These basins provide the major protection for water diversions, irrigation infrastructure and bridges in the city of Huntington from flash floods coming off the Seeley Fire burn scar.

“It took a lot of partnering and communication between the various agencies and individuals to accomplish this extensive rehabilitation work,” said Bronson Smart, NRCS state engineer. “I’m always impressed by the leadership county officials take to make sure citizens are protected from natural disasters to the greatest extent possible.”

On June 26, 2012, a lightning strike started the Seeley Fire, which burned approximately 48,050 acres in areas of the Manti-La Sal National Forest, lands administered by the Bureau of Land Management (BLM) and private property. The fire burned areas containing large components of decadent standing beetle-killed timber, in addition to dead and down fuels. The fire caused a large amount of woody debris to become a hazard to the Huntington Creek drainage.

The purpose of the project is to reduce post-fire related sediment and debris conveyance and associated impacts to infrastructure on lower Huntington Creek. The primary affected infrastructure includes the PacifiCorp Huntington Power Plant, numerous irrigation systems and culinary water systems. The 2012 Seeley Fire was projected to contribute increased sediment and runoff for up to five to seven years following the fire. Post-fire flood impacts were documented up to 50 miles downstream of the burn area.

The Emergency Watershed Protection (EWP) Program was set up by congress to respond to emergencies created by natural disasters, such as floods, fires and wind storms. The program is designed to protect life and property from any future event of a similar magnitude. This EWP project was administered by the NRCS state office in Utah, in partnership with Emery County as the local sponsor.

In addition to natural resource and human protection, another positive benefit from this work is the added employment opportunities funding provides to local contractors, governments and suppliers who carry out the restoration work. The local sponsor actually contracts the work out and NRCS provides oversight for the federal government and insures the work is done according to established engineering and environmental specifications.

The meeting ended with a tour of some of the completed sites. For further information about this program and these projects, contact your local NRCS office or visit the Utah NRCS website at www.ut.nrcs.usda.gov. 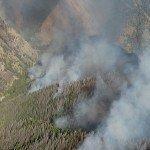 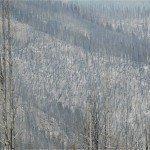 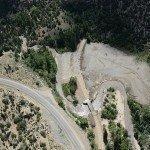 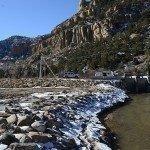 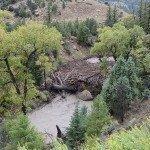 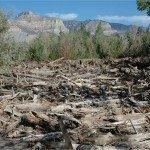 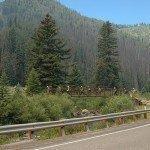 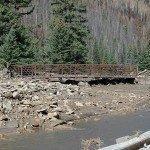 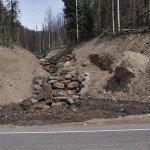 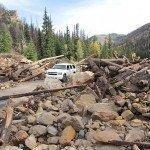 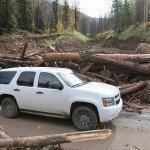 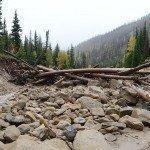 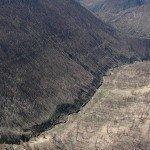 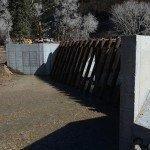 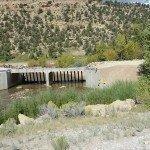 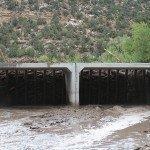