On Tuesday at 10:45 p.m., Price City Police Officer Brandon Ratcliffe was dispatched to a suspicious person incident at two different apartment complexes in east Price. Officer Ratcliffe encountered Casey Dale Jensen, DOB 2-5-70, of Huntington, UT, who allegedly matched the description of the suspicious person as well as being in possession of the vehicle described by the concerned citizen.

Officer Ratcliffe was allegedly familiar with Jensen and also became aware that Jensen is currently on parole. Jensen’s parole agent was contacted, and Ratcliffe was subsequently assisted on the scene by PCPD Officer Nick Parker and Sgt. Stephen Regruto.

Allegedly, nearly 20 grams of heroin, about eight grams of methamphetamine, drug paraphernalia, $247 cash and other indicators of drug distribution were located and seized. Jensen was arrested and booked into the Carbon County Jail for felony charges of Possession With Intent to Distribute Heroin and Possession of Methamphetamine as well as misdemeanor charges of Possession of Paraphernalia and Criminal Trespass. The Carbon County Attorney’s Office will screen the police report to determine the appropriate formal charges. Adult Probation and Parole also placed a 72 hour hold on Jensen and his bail has been set at $25,000 bondable.

Court records indicate Jensen has 17 previous arrests with 15 convictions. Most are drug and alcohol offenses, including a previous distribution conviction. Officer Ratcliffe also reported that Jensen was a gentleman during the contact and allegedly cooperative. 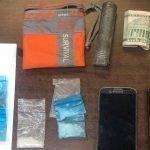 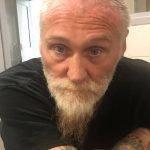