A 13-year-old boy riding his bicycle was hit by an elderly man in an SUV at approximately 2 p.m. Wednesday at 400 West Street in Huntington near Canyonview Junior High.

It appeared as though the man was heading North on 400 West Street when the 13-year-old rode his bike onto the street and was struck by the SUV. The Emery County Sheriff’s Office was the first to arrive on the scene with the Emery County Ambulance arriving shortly after.

The boy was taken to Castleview Hospital to be treated for injuries. Paramedics checked and monitored the elderly man’s health at the accident scene.

Lt. Gayle Jensen reported that the teen was treated at Castleview Hospital for a broken collarbone, which caused a small puncture in his lung, lacerations on his neck, a concussion and scrapes and bruises on his body. He is in stable condition and doing well. The elderly man was checked at the scene by EMTs and suffered no injuries. 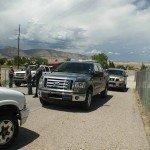 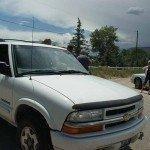 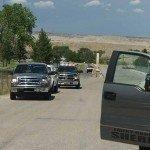 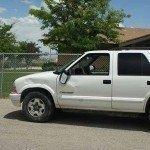 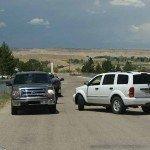 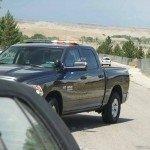 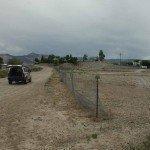