Authorities responded to a two-vehicle accident near Clawson on Highway 10 around 4:30 p.m. on Tuesday evening.

According to Levi Oman from the Utah Highway Patrol, a Dodge Charger driven by Cherie Garrett of Ferron was traveling northbound on Highway 10 near Clawson when she reportedly hit standing water and hydroplaned into the southbound lane. Garrett, 27, then collided with an oncoming Kia driven by Erin Cunningham, 24, of Cleveland.

Oman said both drivers as well as one passenger in the Charger and three in the Kia were transported to Castleview Hospital with injuries that were not life threatening.

Trooper Oman noted that while there were no signs of drug or alcohol impairment in either driver, speed was an issue for the conditions present on the highway. All involved were wearing seat belts.

Traffic was routed through Clawson while Highway 10 closed for approximately 45 minutes as crews assessed the scene. The Utah Highway Patrol was assisted by Emery County Sheriff’s Office deputies as well as fire and ambulance crews from the county. 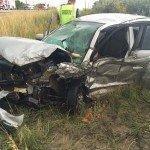 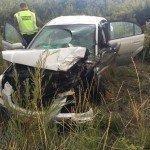 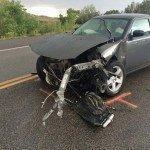 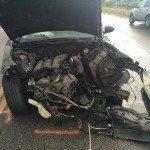