With recent demonstrations and acts of hostility against law enforcement serving as a sober backdrop and with black bands across polished badges, four new Price City Police officers were sworn in on Wednesday evening in the Price City Council chambers.

Nick Bates, Nick Parker, Cameron Sartori and Brandon Rigby were surrounded by family and friends as the Honorable Judge Jon Carpenter administered the oath of office to the new officials.

“We’re finally at full staff,” Price City Police Chief of Police Kevin Drolc reported before the swearing in.
“We’ve gone through a few droughts where we’ve been minus up to two or three people so it’s really good.”

Three of the four new officers were graduates of Price’s police academy and several have worked with the department already for several months.

“I think you’re in the best possible condition you can be in,” Price City Mayor Joe Piccolo stated at the event, referring to the support of Price City and those in it. “It may not be the best conditions to be under but you have the support from our community and I’m proud to be part of that.”

“As one of the elected officials,” Mayor Piccolo continued, “if there’s anything we stand for, it’s public safety. Thank you, all of you. Thank you for keeping us safe.” 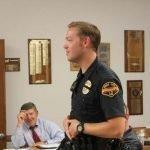 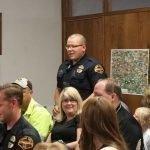 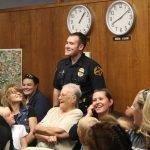 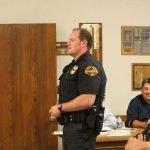 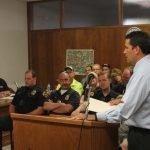 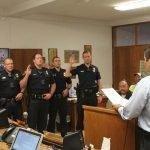 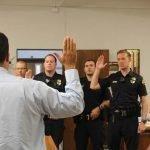 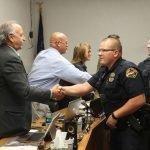 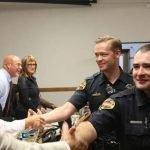 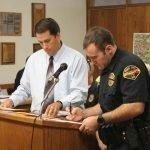 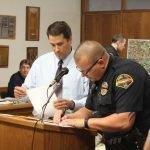 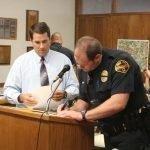 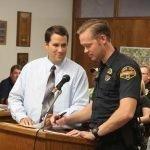