A Price man was arrested on Aug. 13 after a search warrant was issued, revealing over $200,000 worth of methamphetamine allegedly intended to be distributed, among other illicit drugs, paraphernalia and a stolen vehicle.

William “Bill” Harold Besmehn was arrested and booked into the Carbon County Jail on five charges of possession with intent to distribute, one charge of manufacturing/delivering drug paraphernalia, one charge of receiving/transferring a stolen vehicle and one charge of possessing another’s identifying documents.

According to a probable case statement, the search warrant was a culmination of several months of investigation involving the distribution of narcotics. The warrant allowed authorities to search any person, vehicle or property on Besmehn’s land or inside his residence.

The search resulted in the discovery of various illicit drugs, most notably nine pounds of methamphetamine (4,077 grams), which holds a street value of over $203,000. Authorities also located several grams of marijuana, 28 grams of psylocibin mushrooms, approximately one gram of cocaine and an undisclosed amount of heroin.

Authorities also discovered several scales, baggies, meth pipes, needles, marijuana pipes and bongs, most containing residue, as well as over $9,000 in cash. “There were other items of vacuum seal packages with a crystal residue located suggesting these packages were used to package and transport large amounts of meth, which would enhance the paraphernalia to a class A misdemeanor,” the statement read.

According to the statement, authorities also located a motorcycle that had been reported stolen out of West Valley City as well as a Social Security card belonging to another person.

Following his arrest on Aug. 13, Besmehn appeared before Seventh District Court Judge Don Torgerson on Thursday, Aug. 20 for his initial appearance. At the court appearance, Besmehn’s bail was set in the amount of $750,000. If Besmehn is able to post bail, he will be fitted with an ankle monitor to prevent fleeing the area.

The probable cause statement reported that Besmehn has had several convictions for the distribution of narcotics as well as receiving stolen property and vehicles. 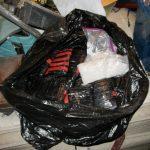 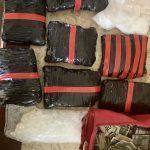 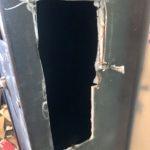