James Thompson, the English teaching, debate coaching, Shakespeare loving and Greek mythology legend of Carbon County has touched the lives of thousands of students in his 40 years of teaching.

Mr. Thompson grew up in Grand Haven, Michigan and always knew he wanted to be a teacher. Starting at Muskegon Community College, he then went on to graduate with his Bachelor of Arts in English/Language Arts Education. After teaching at EdwardsBurg High School in Michigan for three years, he moved out west to join the Carbon High Dinos and establish his busy life as a teacher, debate coach, library board member, National Society chair member, a Knight of Columbus and community theater participant.

With all of this, he had many other life accomplishments. As a debate coach for Carbon from 1974 to 1989, his teams won 54 trophies, had a state final win in 1989 and had four national qualifiers. In addition, he was 3A Debate Coach of the Year in 1989. Thompson also ran the Sub for Santa program for 15 years, acquired a Doctorate in Humane Letters, and was the Carbon County Educational Association president elect for five years and CCA President for an additional five years.

“Mr. T” organized the Carbon High graduation ceremony for over 15 years and spoke to the graduates, giving them life altering tidbits of advice over the years, such as “Life’s challenges are not supposed to paralyze you.” and “Everyone makes mistakes. Admit it.”

Now, after a successful career in Carbon County and many lasting impressions he has made in our small community, Thompson has settled down to retire. He plans to enjoy his favorite television and theater shows he missed over the years with his busy schedule, and gleefully watch his four grandchildren grow up, including Johnathon (15), Kitty (4), Emma (3) and Willie (1).

Thompson would like to share his favorite quote from the play “Julius Caesar.” “Men at some time are masters of their fates; the fault, dear Brutus, is not in our stars, but in ourselves, that we are underlings.”

Thompson will be presented with his award by the Price City Mayor and Council at the public Price City Council meeting on March 9 at 5:30 p.m. in the Price City Hall. Be sure to attend the 2022 St. Patrick’s Day Parade on Saturday, March 12 to support him. 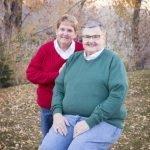 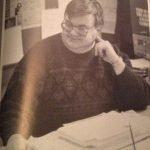 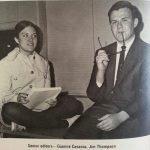 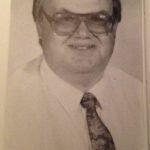