Emery County is now the home of an award-winning rock climbing festival! The Joe’s Valley Bouldering Festival, now in its fourth year, was just awarded the Economic Impact Award from the Utah Office of Outdoor Recreation. This year’s festival takes place from Oct. 5-7.

Founded in 2015 by a small but passionate team of organizers, “the Fest” has quickly become one of the top rock climbing events in America. From its inception, the goal of the Fest has been to foster connections between the growing numbers of visiting climbers and the residents of Emery County.

“It’s not just a bouldering festival, it’s a community celebration that brings the locals and folks from around the world together,” said Castle Dale Mayor Danny VanWagoner. “No matter who you are or where you’re from, the Joe’s Valley Fest is an event you will feel welcome at and will absolutely love.”

The idea to start a bouldering festival was a result of the Emery County Travel Bureau’s branding effort. The question was asked, “what does Emery County have that the rest of Utah doesn’t?” The answer was Joe’s Valley bouldering, which has attracted thousands of visiting climbers from across America and around the world every year for over two decades. The Fest itself has doubled in size each year. Organizers expect approximately 350 attendees during the 2018 event, up from 200 tickets sold in 2017.

“The Joe’s Valley Bouldering Festival has become so much more than we could have imagined. Personally, it has become an opportunity for me to share and help grow a place that I consider home,” said Fest organizer and longtime Joe’s Valley climber Adriana Chimaras.

The impacts of the Joe’s Valley Bouldering Festival can be seen throughout the cities of Orangeville and Castle Dale. Permanent restrooms have been installed near the most popular climbing areas, Orangeville City has installed a bathroom and coin shower building, a new business catering to the climbers has opened on its main street (Cup of Joe’s), and spaces in Airbnb’s are filling up as quickly as they can be listed. Castle Dale City has installed permanent infrastructure for the Fest with a climbing wall and salmon ladders now featured outside of the Visitor Center.

“As the climbers feel more welcome, they are beginning to spend more time (and money) in town,” said Fest co-founder Amanda Leonard.

The Economic Impact Award was a huge compliment to everyone involved in making the Joe’s Valley Bouldering Festival a success as the finalists included major corporations and other longer-running events across the entire State of Utah. Organizers and volunteers have spent 1,000s of hours over the past four years because they believe in Emery County.

“Without the faith, support and generosity from the people of Castle Dale and Orangeville, the Joe’s Valley Bouldering Festival wouldn’t be able to bring climbers and locals together in such a fun and unique manner,” said Fest advisory board member and photographer Spenser Tang-Smith. 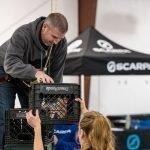 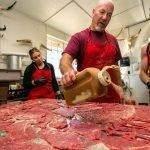 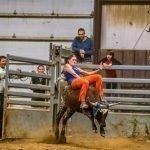 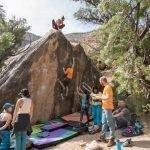 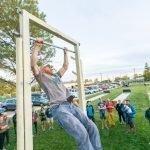 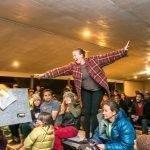 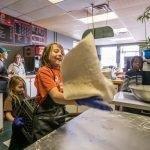 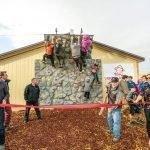 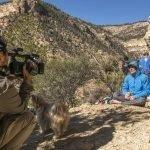 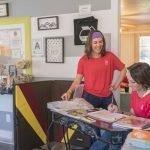 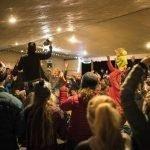