Though the COVID-19 pandemic has altered or altogether hindered many events throughout 2020, the Joe’s Valley Bouldering Festival was once again a success after some adjustments were made by event organizers.

The event was limited as to how many in-person attendees were allowed. This year, the festival was closed to the public, which was a challenge; however, event organizers wished to put on the event for those that were eager to participate and bring different communities together. Ultimately, those that run the festival felt that the mission of the festival, to bring the community together and create an economic impact, was worth the trouble.

The tickets were circumvented with the decision for a crowd-funding effort. Any that did by a certain date were put in a drawing for in-person tickets. Events that would make wearing a mask different, such as the climber games, were cancelled this year for safety.

The dinner was also removed this year. Instead of the traditional catered meal with 200 people in a buffet-style environment, the local businesses collaborated to create food vouchers that were sent to participants for each individual to dine at their leisure while still creating an economic impact locally.

It was stated that most of the event this year was clinics of up to about 15 people, which involved breaking up into smaller groups at any given time. There was a virtual event as well to allow additional people to participate. There was a lot of support noticed from the East Coast, which is something that possibly would not have happened in the past due to travel expenses.

Those that run the festival remarked that they were happy to give the people the opportunity to participate without possibly being exposed to COVID-19. Some of the more popular events were live streamed, such as the rodeo games.

This year, the Sunday Stewardship event came in the form of partnering with the US Forest Service to create level landings, more defined trails and build a new patio landing underneath Lactation Station in Dairy Canyon.

Including staff and volunteers, there were 75 people that took part in the festival this year. The Joe’s Valley Bouldering Festival mission is to enhance local economy and build community by bringing rock climbers and locals together around a shared enthusiasm for the outdoors. 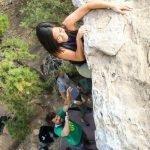 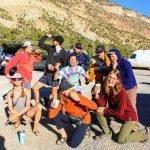 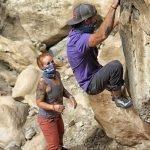 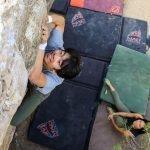 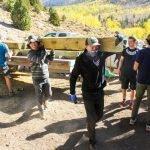