Grange read the nomination, which stated that in addition to running three important businesses on Helper’s Main Street, Curry is a constant source for people in need. During the pandemic, Curry supplied lunches for school children. She has also raised funds for the Helper Fire Department and always ensures that Main Street is adorned with flowers.

“Cindi has played a critical role in the historic renaissance of Helper,” said Grange.

Grange continued, stating that Curry is a very humble person and requested to have the award given to someone else, but the community chose her. Grange told the commissioners that Curry is the type of person that flies under the radar because she does not like to be recognized.

In addition, Grange credited Curry as one of her biggest supporters, stating that she has been very supportive of tourism efforts. She also encouraged Curry to enjoy a nice dinner with her husband, courtesy of the gift card presented with the award.

The award was for all three of Curry’s businesses, which include Balance Rock Eatery, Happiness Within and R&A Market. 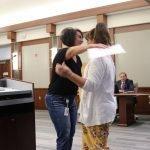 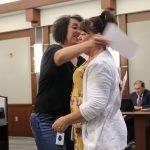 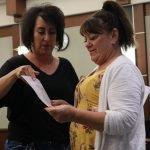 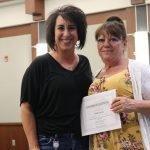