Firefighters responded to an incident in Price on Sunday evening after a juvenile playing with fire set an area ablaze.

According to Price City Fire Chief Pail Bedont, the incident occurred at approximately 7 p.m. at 454 West 1000 South. Firefighters were able to keep the blaze contained to .25 of an acre. While some structures were nearby, none were damaged by the fire. However, Bedont explained that a race car, tires, a kids four-wheeler and an assortment of pallets were damaged due to the incident. Three fire trucks and about a dozen firefighters responded to the scene.

Bedont took some time to explain that extremely dry conditions are a threat to the local area.

“People need to be extremely careful with fire,” he said. “We are a tinderbox right now. With no moisture and hot, dry conditions, the grass is drying out. Our wildland fire potential is sky high.”

Bedont also spoke about a controlled burn that took place in Cold Springs last week. The burn was contained to private and state lands and was deemed successful. While flare-ups are still being monitored by firefighters, local residents may see some smoke in the area. 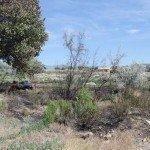 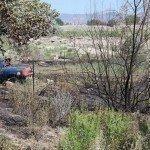 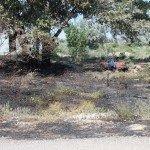 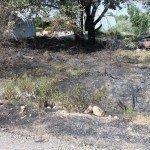