The investigation was immediately assigned to S.R.O. (School Resource Officer) Brian Judd who was able to identify each of the two juvenile suspects. SRO Judd was able to contact each juvenile and their respective guardians. The juveniles, one 13 and the other 14 years of age, allegedly were cooperative with Judd.

Some of the stolen merchandise was also recovered. Both juveniles were taken to the Carbon County Youth Corrections detention facility. They will be referred to Juvenile Court for a felony charge of burglary of a business (unlawful entry into a business to commit a theft), a misdemeanor charge of criminal mischief (for the damage caused to the kiosk door, etc.), and another charge for possession/use of tobacco by a minor. 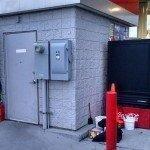 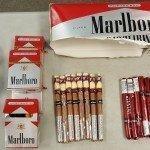