A decision was made and the favorite design will be officially put to work. A sizable group of the Helper community met in the civic auditorium on March 27 to cast their votes on their favorite design for Helper City’s Main Street.

Two separate groups have been working painstakingly to create designs that appeal to the community and also ensure safety. The two groups were given twenty minutes each to present their final design, as well as a five minute question and answer segment following the presentation.

Helper resident and business owner Ann Morgan Jespersen acted as a representative and presented the business owners’ final design. Jespersen stated that the collaboration started nine months ago with most of the residents that own businesses and property that face the wedge (the portion of Helper’s Main Street that will receive changes.)

With that in mind, the group took comments and suggestions from the community and implemented them into the final design. One crucial detail they focused on, according to Jespersen, was keeping the design simple in order to not compete with the existing architecture and history. Main changes that were made were to mostly use concrete in their design, have one fire pit instead of three and to focus on the lighting to promote safety.

“Our focus has been on simplicity and safety,” Jespersen stated.

The time then came for the design committee to give their proposal. The committee first explained how the idea came about, which was through a chain starting with the Helper City Council. They then informed all that they worked closely with a historic architect, a city planner, a USU expert as well as the Consortium for Dark Skies at U of U.

The committee explained that they received 64 responses from the community about the design. Malarie Matsuda then represented the committee.

“Our concept design was to merge the industrial history with the natural elements in Helper,” Matsuda stated.

The main changes for the committee were to take away the pergola per community feedback, make the furniture and fire pits they implemented movable for ease of access and rock gardens that would have lighting at night. An exciting feature they added was made with the community in mind. At the turn of the century, there were 27 languages spoken in Helper. With this information, the committee implemented stone in the walkway that would represent each language with the phrase “welcome, friends.”

Pat Kokal also represented the committee, giving a brief spiel about the benches, trees and drought tolerant plants they chose.

At the end of the evening, the community votes were tallied up and it was discovered that the design committee’s proposal had come out triumphant. This proposal and design will now be taken the Helper City Council on March 29 for a final approval. Per pending approval, the project will officially move forward. 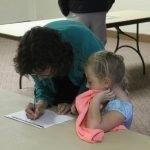 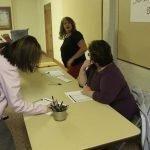 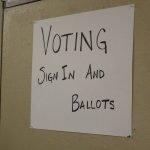 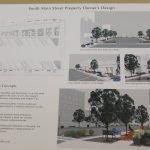 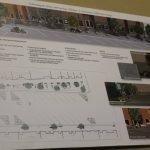 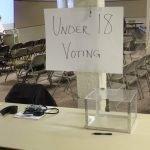 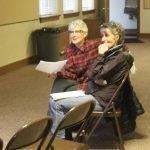 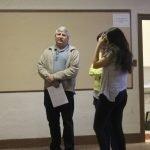