Kim Williams is no stranger to Carbon School District. Having lived in Carbon County from her early childhood, Williams was able to work her way through the school system and even graduated from Carbon High School years ago. Recently, Williams was recognized for her many contributions to her former school district as she was named the Carbon School District’s Teacher of The Year.

Williams has worked for the school district for nearly 20 years. During that time she has seen many students and helped many of them. Beginning at what was then called the Lighthouse Learning Center, Williams found herself helping students succeed in various areas of academia including math, language arts and social studies.

After her time at the learning center, Williams began work at Mont Harmon Junior High School at a self-contain classroom helping students there.

“She has the ability to work with kindergarteners all the way through seniors in high school,” expressed Robert Cox, the Director of Special Education for Carbon School District.

When working with students, Williams first tries to identify the problem with which a student is struggling. After identifying the problem, Williams’s next step, in certain cases, is to identify a behavior the student is exhibiting and show a replacement. She helps to instruct and give examples when needed as well.

In working with students as a nationally certified autism specialist, Williams also offers behavior intervention for certain students. The work she does, though, is not by herself.

“It’s all a team effort,” she explained. That team, according to Williams, can include any number of individuals who interact with students with which Williams is working including janitors, librarians and even lunch ladies in their schools.

“She just loves kids and wants to do everything she can to make sure their educational experience is a wonderful one,” Cox continued, praising Williams for going above and beyond the call of duty by even donating her personal time and money to help students. According to Cox, Williams also spends time during the summer to help students further and develop social skills needed in life.

Cox also offered several examples of students who, in earlier years, were not dependent learners but, after time working with plans Williams had created, were able to stay in the school system and are able to participate in high school and succeed educationally.

Williams has also given many presentations about her work to various other school districts and even on the state level. For the specialist, though, her work is also the fulfillment of a long-held desire.

“I just followed my dreams and here I am,” Williams expressed in regards to her career.

“We are just lucky as all get out to have her,” Cox testified. 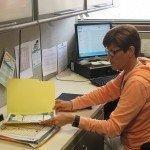 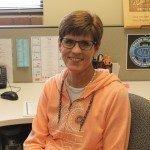