A ceremony was held at the VFW building on Wednesday, which was Veterans Day, in honor of the holiday.

In attendance were the members of the Knights of Columbus, which is a Catholic men’s organization. John Wainscott with the Knights spoke briefly at the ceremony. Wainscott was contacted by Belinda Karabatsos, who is the head of volunteer services at the VA Hospital, and she asked if the Knights had wheelchairs that they could donate to the veterans.

The Knights held a fundraiser to raise money for the new wheelchairs. When they started out, they only needed 40 wheelchairs, but at the end of the fundraiser they had succeeded in gathering together 110 wheelchairs to donate.

At the ceremony the Knights had a couple of the wheelchairs to show to veterans and announced that they had succeeded in raising enough money to give back to the veterans for the services that they perform for our country. 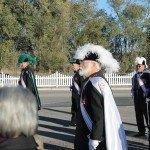 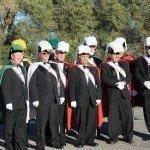 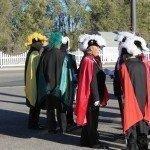 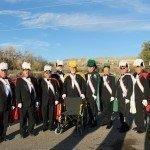