The Kokopelli statue that used to grace Main Street in Price has found a new home on 100 North, next to the Utah State University Eastern Prehistoric Museum.

The statue, created by Gary Prazen, replicates Kokopelli that is found in various legends and rock art displays. Legends vary greatly and ancient rock art suggests that Kokopelli was a flute player who wandered with the purpose of entertaining and teaching the art of the flute.

Prazen created his own image of Kokopelli as a handsome young man with a slightly hunched back. Kokopelli was a wanderer, a flute player, a dancer and a womanizing rascal. During a dedication ceremony of the statue on Thursday, Prazen explained that in his mind, Kokopelli was a fun-loving teacher who had traits everyone could relate to.

At the ceremony, Mayor Joe Piccolo welcomed the new statue and thanked Prazen for his gift to Price City before a ribbon cutting by the Carbon County Chamber of Commerce was conducted. 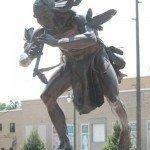 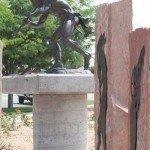 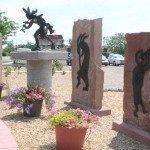 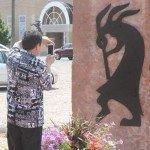 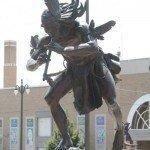 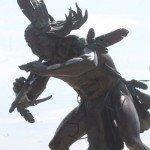 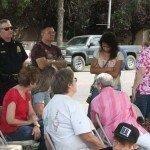 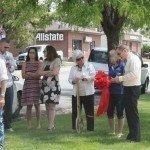 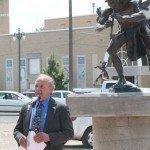 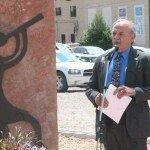 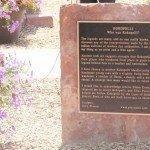 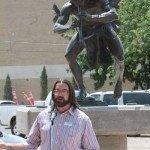 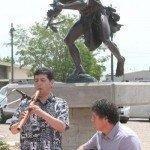 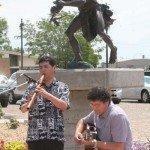 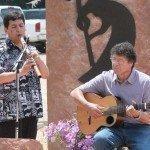 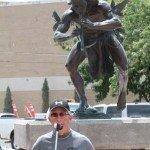 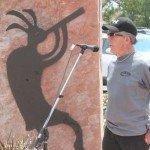 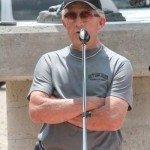 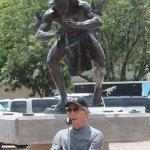 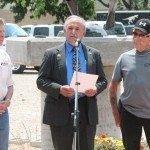 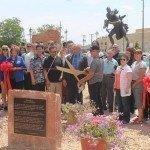 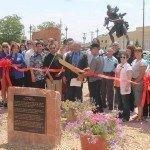 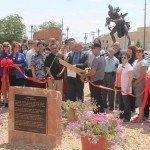