The Lady Dinos rounded out the 2015 golf season at the Bloomington Country Club in St. George this week. The ladies finished in 12th in the 3A state tournament.

Seniors Braxton Gibson and Kaycee Gilson led the team in the tournament, scoring 72 and 71 points, respectively. Laini Davis scored 56 and Gwyn Kardelis rounded out the scoring with 43. Keely Marquez and Destiny Basso also had showing at the tournament.

“It wasn’t the season we were looking for, but Braxton was region medalist and Kaycee was third in region and made Academic All State,” head coach Kenji Otani explained. “For a young and inexperienced team, they tried their best. We leaned on Kaycee and Braxton all season and both girls took on the pressure with gusto. Laini Davis also performed well at state.”

The Lady Dinos finished region play in second place. In the 12th place finish at state, the team notched 242 points.

“We are looking forward to next season,” Otani concluded, despite his two top golf graduating next week. 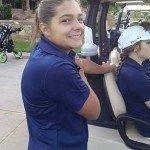 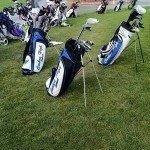 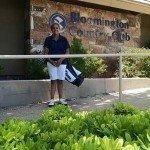 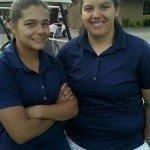 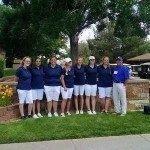