Union came to Price on Tuesday to take on the Lady Dinos. Carbon knew it would be a hard-fought game as both teams were working to remain undefeated in region.

Union got on the board first with two runs after a two-out error in the first inning. In the third inning, Union again capitalized on a couple of Carbon errors to make it 4-0. The Lady Dinos rallied in the bottom half, stringing together a walk and three singles, which manufactured three runs to cut the deficit to one. Union scored one run in each of the next two innings to double Carbon up, 6-3, entering the bottom of the fifth.

Then, it was the Lady Dinos’ turn to exploit a handful of Union mistakes. Brooke Moosman had an RBI ground out followed by an RBI double by Kaytlyn Cripps. Amya Prettyman then hit home Cripps to tie the game at 6. Unfortunately, it was all Union from there. The Lady Cougars piled on six runs in the sixth and three in the seventh to win 15-8. Carbon showed heart to get back in the game but its eight errors were too much to overcome.

Kaytlyn and Dekota Kraushaar each had two RBIs in the game while Clarissa Noyes went 2-4 with a triple. Moosman pitched a complete game, striking out six while giving up six earned runs on 11 hits. 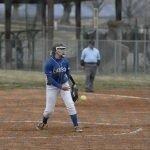 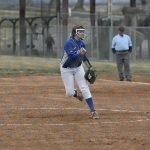 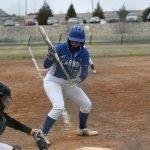 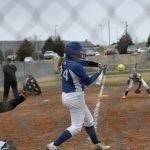 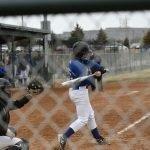 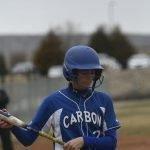 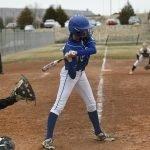 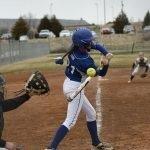 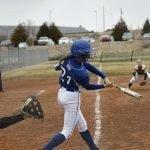 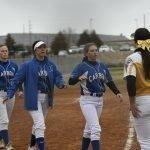 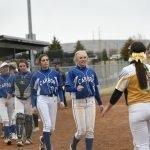