The Lady Dinos were looking to defend their state title for the second straight year when the 3A State Swim Meet occurred this past weekend. Carbon jumped out to a good start with a win in the 200 medley relay. The Lady Dinos also took the 200 free relay while Emery finished in third. Emery later topped the Dinos in the 400 free relay, finishing in second place while Carbon ended in fourth.

Haley Guymon (EHS) wrapped up an impressive senior campaign with a couple of individual state championships. Guymon was the standout swimmer from the area, setting personal records (PRs) in both the 100 and 200 free, while taking first in each event. She accumulated 40 points alone in the meet.

Carbon continued to show their strength in numbers, finding points in many different events. Tyrca Jaramillo and Nicole Swasey ended in second and third, respectively, in the 100 breast while Aubrey Guymon (EHS) took seventh. Thalyn Lyman (CHS) set a PR with her third-place finish in the 50 free with Sofia Crompton (CHS) in sixth (also with a new PR) and Alyssa Chamberlain (CHS) in eighth.

Lady Spartan Aubrey Guymon took fifth in the 200 IM with Swasey (CHS) in eighth. Jaramillo also placed sixth in the 100 free with Sydney Carter (EHS) in seventh and Chamberlain in eighth. Crompton took seventh in the 100 fly as well while Cambrie Jensen (EHS) ended in eighth in the 100 back.

After all the scores were tallied, the Lady Dinos stood alone on top for the third consecutive year. They won with 258 points while Judge Memorial came in second with 228 points and Emery grabbed third place with 211 points.

Camden Chamberlain took fifth in both the 200 free and 500 free while Dino teammate Gabe Ibanez ended in fifth in the 100 fly and eighth in the 200 IM. Emery’s Elias Morris took sixth in the 100 breast.

There was one final award presented over the weekend. Carbon head coach Allie Chamberlain was recognized as the Coach of the Year for her amazing accomplishments. Congratulations to the Lady Dinos and Coach Chamberlain on their third consecutive state championship! 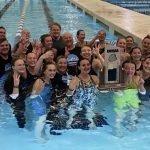 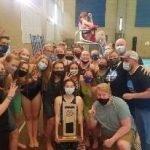 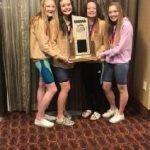 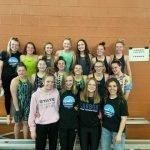 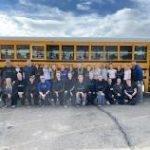 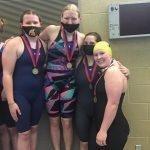