The Carbon girl’s swim team kept their winning streak alive on Friday against Grand High and region competitor Richfield. Carbon girls outscored Richfield by two points, ending with score of 86 to 84. Against Grand, the Lady Dinos finished with a score of 101 to 62.

The one and only loss in duel match up for the girl’s swim team was on Nov. 8 against Spanish Fork.

Coach Kamera Davis remains frustrated with the teams. “Even though we had a win, this was not a good meet for Carbon. We have a lot of work to do before region on Jan. 30,” she explained. “We started the meet out very weak, placing third in the girl’s 200 medley relay and fourth in the boy’s medley relay.”

In the girl’s 200 free, Veronica Ibanez showed her team she was ready to turn the meet around as she grabbed first place. In the boy’s 200 free, Ryan Atwood came in second with his best time of 2:27.89.

Carbon girls held strong in the 200 individual medley with Lauren Engar, Addy Olson and Susannah Ohlwiler sweeping second through fourth. Brittney Willson brought home a second in the 50 free while Joel Garff easily captured first in the same event for the boys.

However, the 100 butterfly was a problem for the Dinos. The girls only placed second and fourth while the boys took fifth with two disqualifications.

Willson garnered another second place in the 100 free. Garff finished in first for the boys. Veronica Ibanez overpowered her competition in the 500 free as she easily won by a lap of the pool with her best time of 6:23.64.

Carbon 200 free relays saw the Lady Dinos in second and boys in first. The girls gained some much needed points in the 100 backstroke with Susannah Ohlwiler in second, Tavery Larsen in third and Andie Hofer in fifth. Dino Joseph Keller took second in the 100 back.

In the girl’s 100 breaststroke, Sadie Crompton finished third and Addy Olsen took sixth. Connor Holyoak pulled out a third place finish for the boys in the 100 breaststroke.

In the region competition, it came down to the last event for the Lady Dinos with Richfield leading by four. Carbon needed to beat Richfield’s A and B team to take home the win.

“Knowing this, the girls gave it everything they had, placing first over all by 20 seconds,” said Davis.

The B team beat Richfield’s team by 59 seconds to secure the two-point region win.

The Carbon boy’s relay team was ranked first going into the final event, but finished in second.

“It will be back to the pool on Monday. We have a lot of things to work on,” Davis concluded. “Disqualifications hinder my boy’s team and if they have any chance at region, we will need to fix their strokes and turns. But, I’m up for the challenge.” 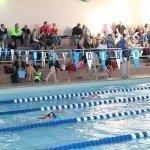 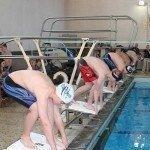 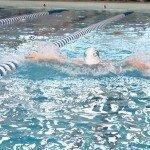 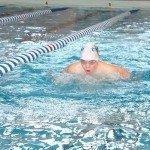 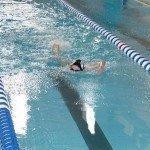 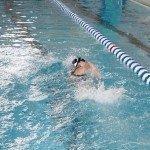 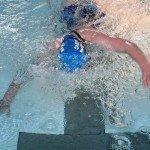 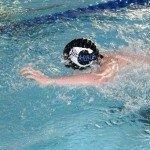 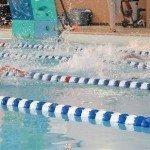 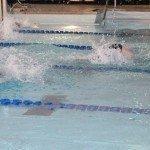