The boys’ race had a scary moment when runners coming around a tight turn tripped, causing a pileup. Kobe Cruz recounted his experience to Martak, “Coach, I was actually scared. I thought I was going to be trampled.”

Luckily for Cruz and Pierce Bryner, who was also down on the ground, fellow Dino teammate Nathan Engar saw his friends in need and stood in front of the pileup, using his body as a human shield. That allowed the racers time to eventually get to their feet, but it left them well behind the pack. As a result, Cannon Anderson (Richfield) took first with a 16:15.1 time. Emery’s Jess Christiansen came in third (16:40.3) while Cruz came all the way back to finish in fourth (16:40.3).

Richfield claimed the title for the boys with 33 points. Carbon came in second with 48 points and Emery finished third with 53 points. Finally, Canyon View (106) took fourth and Grand (126) took fifth. Full results can be found here.

The teams will now turn their attention to state, which will take place at Rose Park in Salt Lake City on Oct. 27. 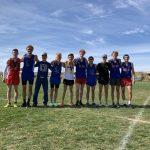 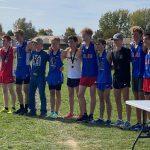 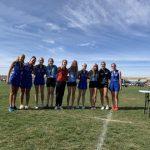 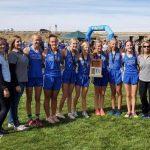 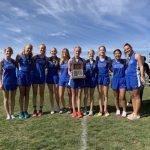