Whatever Ted Bianco said to his team at halftime worked. Coach Bianco saw his team come roaring back in the second half to win a 62-59 overtime thriller to open the season.

The Lady Dinos squared off against last year’s 3A runner-up Morgan Friday night and one could tell early season jitters were plaguing the team. Carbon scored the first points of the game, but a 10-1 run by Morgan to end the first quarter had the Trojans up 10-3. Morgan scored 22 in the second to extend its lead 32-15 at the half.

Morgan took its largest lead of the game midway through the third quarter at 36-17 when Carbon began a comeback of comebacks.

Lindsey Blanc hit a corner jumper to begin a 30-14 run, which was capped off by a Jordan Scoggins three pointer to give the Dinos their first lead, 47-46, with just over two minutes to play in the game. Carbon outscored Morgan 15-5 in the third quarter.

The Lady Dinos held a 52-49 lead near the end of the game, but clutch free throw shooting by the Lady Trojans tied the game up at 52 at the end of regulation.

Jaylie Jensen carried Carbon in the overtime frame, scoring five of the team’s 10 points to help her team escape opening night with a well-deserved win.

Scoggins led the team in scoring with 16 points. Lindsey Blanc, who battled foul trouble all night, pitched in 11. Jensen and Beth Child chipped in nine and eight points, respectively. In all, eight Lady Dinos scored on the night. Carbon and Morgan combined to shoot 83 foul shots in the game.

Carbon will host Spanish Fork on Tuesday at 5:30 p.m. in the first game of a doubleheader with the boy’s team. The boy’s team will take on 4A Maple Mountain to open its season at 7. Both games can be viewed live on ETV Channel 10. 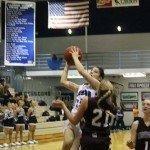 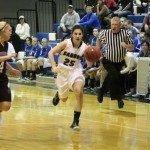 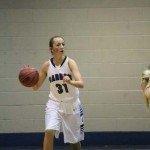 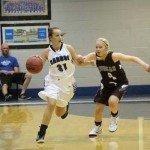 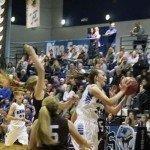 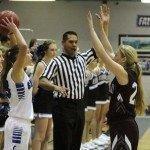 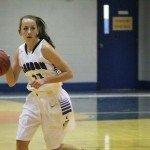 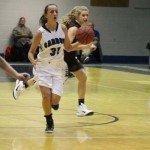 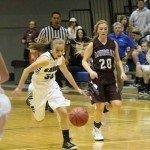 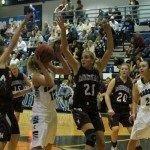 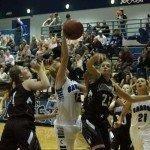 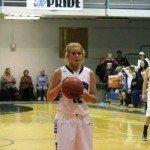 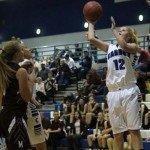 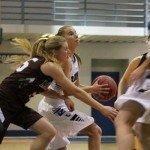 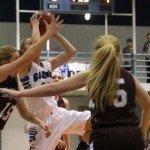 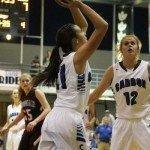 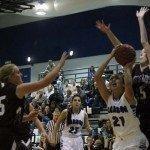 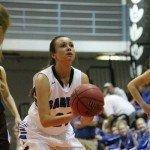 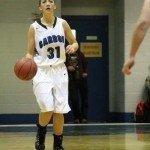 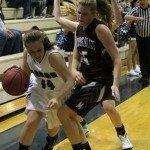 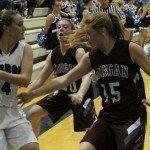 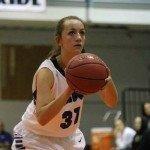 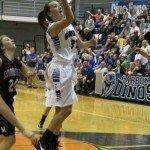 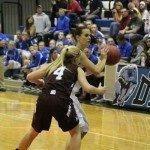 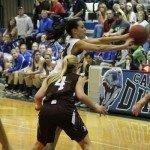 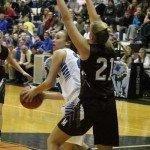 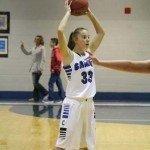 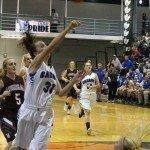