Over the weekend, the Lady Dinos headed to the Mountain View Bruins Tournament in Orem. They had an excellent day, both as a team and individually. Carbon took fourth overall out of 22 teams with many standout performances. Madison Arroyo, Emma Parker and Bailee Christensen all took first place in their respective divisions.

Coach Jamill Tapia was fired up after the squad’s stellar performance. “These girls are so hungry to improve every single day,” began Tapia. “They all were asked to try something new that they’ve practiced over the past few weeks, something that was out of their comfort zone, and each of these girls [did] just that. Fortune Ward has been studying how to execute a leg cradle, a move she spent weeks watching videos and practiced on teammates. She saw an opportunity early in the tournament and executed the move beautifully. The leg cradle and her ‘dreaded’ single and double leg shots were some moves out of several that were implemented.”

Tapia continued, “Aubrie Gutierrez was dominating her opponent later on in the tournament, fighting her way back up the ladder to third place. Nearly tech-falling her opponent, near fall after near fall; although, her opponent came back in the third round and Aubrie succumbed the match by fall. She was nothing but smiles and knew she gave it her all and was incredibly proud of herself for landing fourth place, and so were we.”

Tapia went on, “Jenna Pulsipher had quite the battle in her match fighting for third also. They fought in a scramble, then Jenna ended up on bottom, successfully executing a beautiful crackdown, earning a reversal and near fall points. During this battle, points were racking up for our Lady Dino, however, her opponent took the win in the last round by fall. Jenna didn’t give it to her easily, landing herself fourth place.”

Tapia concluded, “Bailey Christensen took her final championship win for first place, taking her opponent down with a beautiful single leg, pinning her opponent in 37 seconds, living up to her nickname ‘pit bull.'”

Carbon’s next match will be at Juab on Thursday. 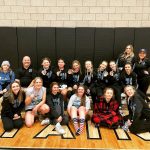 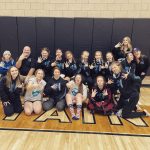 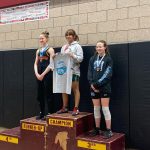 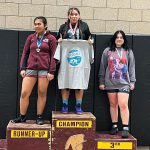 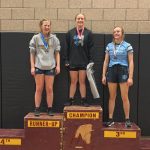 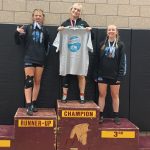 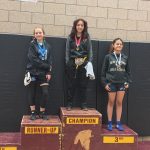 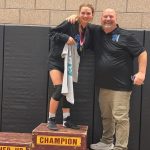 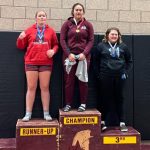