Sarah Swasey, a member of the Emery Spartans Golf Team, recently had the opportunity to compete in a international tournament in Australia. Swasey joined other golfers from several different states to make up Team USA and bring home the gold medal for the USA for the first time in the history of the tournament.

“When I first got the invitation to golf and be part of the Down Under Tournament, I really didn’t think it would be possible to go, but with hard work and lots of support from family and friends, I was able to compete,” Swasey said.

The team also played in a second tournament deemed “The All American.” In the competition, the American golfers were separated into two teams: blue and red. As part of the blue team, Swasey was once again on the victorious side. The Emery High golfer assisted her team by notching the second longest drive out of the woman competitors from the U.S. and the third longest overall.

“It has been a honor to be part of such a awesome team,” she explained. “My teammates were all so nice and the whole experience was amazing. I would like to thank all those who have supported me, especially my dad and mom.” 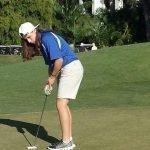 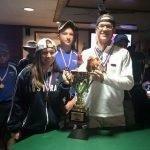 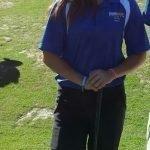