A region golf match was recently hosted by the Emery High golf team at Millsite. With high winds that clocked in up to 50 miles per hour, accompanied with occasional snow flurries coming down the canyon, the girls braved the conditions to play their best.

“It was a day that produced the worst scores of the season for all region participants. Emery finished third in the match but are still 54 strokes in the lead for second place,” said coach Tom Hansen.

At the conclusion of the match, Richfield came out on top with a score of 197 while Grand came in second at 240 with Emery close behind at 243. Manti, San Juan, South Sevier and North Sanpete had scores of 243, 255, 270 and 298, respectively. Lainee Jensen led the scoring at 51 while Teah Lowery, Angie Nielson and Raegan Sitterud followed closely behind, each scoring 64. Sydney Alton and Kayla Winn ended with scores of 65 and 69.

Then, on Wednesday, the Lady Spartans traveled to the Hideout Golf Club in Monticello. Coach Hansen said that Emery showed a consistent team effort and finished second, besting Grand by a single stroke.

“While other teams have one or two girls in the 50s and 60s, all six of Emery’s girls are in this scoring range,” Hansen said.

Lainee Jensen once again led the scoring, ending at 50. Kayla Winn and Sydney Alton both finished with scores of 56. Angie Nielson, Maci Nielson, Teah Lowery and Raegan Sitterud finished with 61, 63, 64 and 65, respectively.

The team looks next to a match hosted by Manti at Palisades on Thursday, April 26. 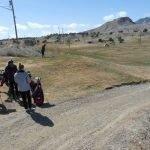 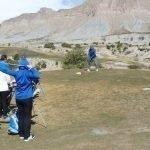 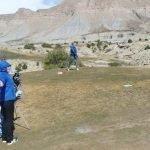 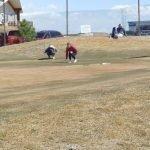 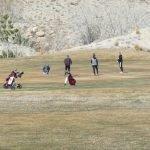 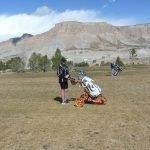 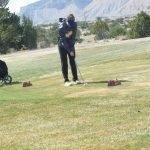 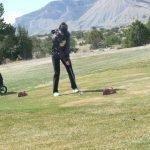 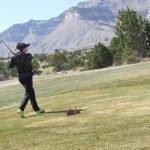