A crowded room at the Emery Country Recreation Center was the venue for the Emery County Republican Nominating Convention on March 31. Following the annual Lincoln Day Dinner, the convention was called to order by Central Committee Vice Chairman Jesse Sloan.

A prayer was offered by former Chairman Bill Deloss, after which the crowd sang the National Anthem. The previous meeting’s minutes and agenda for the convention were then adopted along with the treasurer’s report. The business of the convention then shifted to the speeches from county-wide candidates.

Those seeking support for election spoke for five minutes each. Commissioner A candidates Jordan Leonard and Kent Wilson each described their platforms. Commissioner B hopefuls, including Doug Stilson, Keven Jensen and Gil Conover, also asked for support from county delegates, as did county sheriff candidates Shaun Bell and Tyson Huntington. There are 125 county voting delegates and all were present to vote, ranking the offices with more than two candidates at this time.

Convention attendees then heard from candidates for statewide offices. U.S. Senator candidates speaking were Becky Edwards and Loy Brunson while Representative Brunson spoke for Mike Lee, who was in Washington DC.

Representative Carl Albrecht then explained that recent redistricting meant that in nine months, he would not be a representative for Emery County. However, he thanked Emery County residents for their prior support and promised to continue to seek their best interest. Senator David Hinkins then spoke as did Lt. Governor Deidre Henderson.

Following this, the results of the delegate voting was announced, stating that only one candidate, Doug Stilson, had received the required 60% of votes to receive the party’s endorsement. This endorsement earned Stilson a $500 donation to his primary campaign.

Results were as follows:

To conclude, delegates were reminded of the Utah State Republican Convention on April 23 at the South Town Center in Salt Lake City. The convention then adjourned. 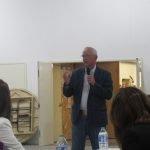 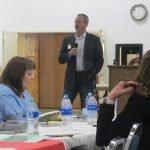 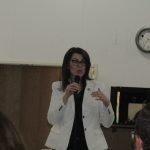 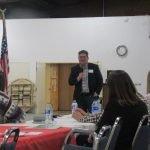 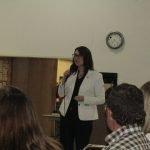 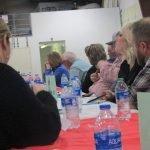