Straquadine began by informing the commissioners that the college is looking to expand career tech programs and wants to expand the flight program as well as an airframe mechanics program. The college is seeking to enter into a long-term agreement to use the facilities, runway and airspace around the airport to train future pilots.

Through this program, those that attend will be able to receive degrees in areas such as an applied associates of science degree area with leads to other degree areas such as a bachelors or masters in flight. The associates will be offered at USU Eastern with the higher degrees offered at the Logan campus. Straquadine stated that they also look to have classroom space, free parking and agreements with the current provider of airspace.

This program has been in discussion for quite some time and Straquadine stated they are excited to offer the airspace in Carbon County due to the space in Logan being quite congested. Carbon County Attorney Christian Bryner stated that the current agreement is really a first draft for the commissioners and has not yet been presented to the college. 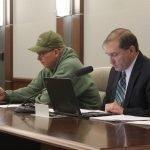 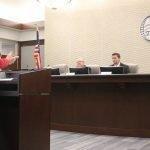