Leland attended the University of Utah, earning a bachelor’s degree in Economics (1966). While at the University of Utah he was active in Pi Kappa Alpha Fraternity, the University Activities Council, and the Intramural Athletics Council.  He served for 2 ¼ years in the Germany West Frankfurt Mission for The Church of Jesus Christ of Latter-day Saints. After his mission, Leland attended Harvard Business School, graduating with an MBA (1971).  He was elected to Phi Beta Kappa, Skull and Bones, and Owl and Key.

A significant life-long experience was Leland’s service in the military, from entering into the Naval ROTC program in 1962, then the Naval Reserve, to his retirement at 60 years of age from the Utah National Guard.  He served in the U.S. Army in Operation Desert Storm (1991) and Operation Enduring Freedom (2003).

Leland’s love for scouting began as a Cub Scout in the East 27th Ward Troop 415. He earned his Eagle Scout, and went on to be awarded the Silver Beaver (1990).

He resided in Price, Utah for many years, where he worked for PacifiCorp. He retired and lived in Payson, Utah.  He was a faithful and dedicated member of The Church of Jesus Christ of Latter-day Saints all his life.

In lieu of flowers, donations may be made to St. Jude’s Children’s Research Hospital, or to the General Missionary Fund for The Church of Jesus Christ of Latter-day Saints.

Services will be held Friday, October 19, 2018 in the Payson 1st Ward Meetinghouse at 225 South 400 East Payson, Utah.  A visitation for friends and family with closed casket will be held from 10-10:50 AM, and a funeral service will be held from 11-11:45 AM. Interment is at the Utah Veterans Cemetery & Memorial Park in Bluffdale, Utah. 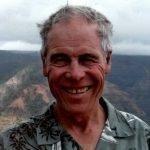 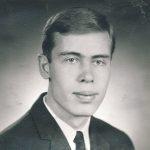