Abraham Lincoln and a number of Utah’s elected officials were celebrated at the Republican Party Lincoln Day Dinner, which was hosted on Friday evening at USU Eastern’s Jennifer Leavitt Student Center.

Campaign tables opened at 5 p.m. and the CCGOP Convention took place at 5:30 p.m. before welcoming everyone to enjoy a meal and the keynote speaker. Introduced during the CCGOP were commissioner candidates Bob Ballantyne, Larry Jensen, Paul Riddle, Tony Martines and Cheryl Lupo. They were each given three minutes to introduce themselves to those in attendance before the voting took place.

Ballantyne and Jensen were both in the running for the position of commissioner, with Jensen currently serving. Following votes from those in attendance, it was announced that Jensen had the majority of the votes and would be moving along with the election process with the party’s endorsement.

For the commissioner/surveyor seat, Martines (incumbent), Riddle and Lupo were all in the running. The voting began, and in the first round, it was determined that the fewest votes were given to Lupo. A second round of voting was hosted for Martines and Riddle, with a close call, meaning they will both continue in the race without the party’s majority endorsement.

All were welcomed to dinner following this, with Jae Potter opening the evening by telling all in attendance that they should give themselves a round of applause for being present and part of the election process. He explained that local and federal candidates were table sponsors for the evening and that the event is an opportunity to help further the election and ensure that republican candidates are elected into office.

Potter also thanked USU Eastern and its staff for working hard to organize the event, saying that they are always accommodating. Following, he invited Pastor Bob Wells to the stage for a prayer. The Presentation of Colors and Pledge of Allegiance were then led by Boy Scouts of America Troop 271, while Melbeth Williams sang the National Anthem.

The keynote speaker for the evening was Utah Governor Spencer Cox, who covered many topics, such as vetoing House Bill 11, the war in Ukraine and the importance of supporting the Ukrainians in this time. Following speeches from local elected officials, USU Eastern’s Greg Dart took to the stage to liven up the evening with a political game show before rounding out the evening by hearing from Utah and U.S. Representatives as well as the U.S. Senate. 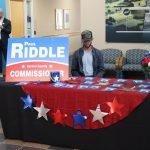 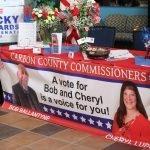 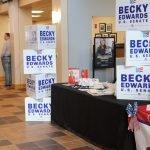 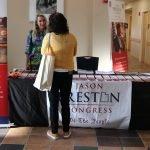 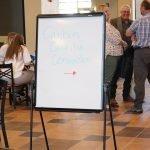 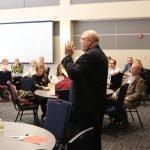 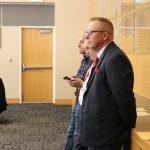 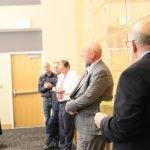 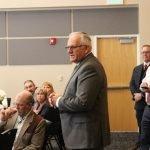 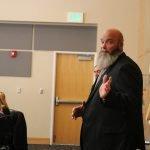 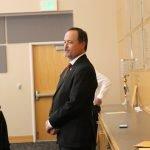 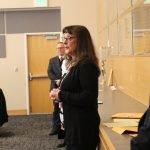 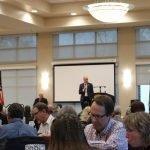 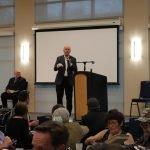 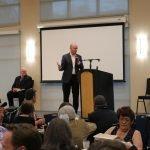 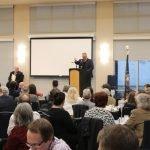 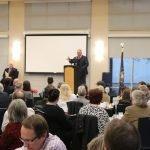 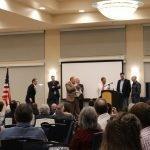 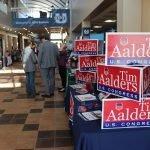 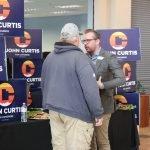 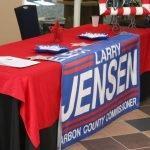 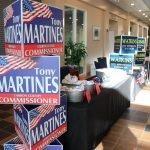 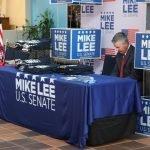