Work has continued to roll forth in the recent task of transforming the Price City Library basement into a new space, titled The Annex, which will give patrons a place to meet, read, craft and take part in other activities.

One of the most striking new features of The Annex is the nearly 8×13 ft. mural, painted by local artists Noleena Denison and Lindsay Lauridsen.

The idea for a mural came early on in the project when, as a member of the Price City Library Board and student of Denison, Lauridsen approached the Carbon County artist in rega

rds to painting a small picture to be hung on the wall of the new space.

After some extra thought and discussion, the decision was made to enlarge the idea of a painting by a fair degree and transform it to a mural.

Denison started the process with a fair deal of planning and sketching, which turned into a donation of over 200 hours spread out over two and a half months. Lauridsen also assisted in the painting, blocking in high and low areas. The mural features a scene of a young boy and girl enjoying the outdoors fishing and reading.

“There’s so much going on in the painting,” Lauridsen said. Besides the boy and girl, the painting also features a number of animals and other fine details, turning the mural into a special experience to view.

“It was a lot of work but I loved it,” Denison said.

“We think it’s something kids in the community will love,” Lauridsen said.

Work is still needed to complete the vision for The Annex, including installing a ramp for challenged patrons. Donations are requested from the community and those wanting to donate are encouraged to send their donations to Eastern Utah Community Credit Union, located at 675 East 100 North in Price.

Community members whose donations total $25 or more will be given a plaque to be engraved with a name or message that will then be added to a donation wall, which will later be added to The Annex.

Any questions should be directed to Bob Tanner, chairperson of the Friends of the Price City Library, by calling Tanner directly at (435) 637-3442. 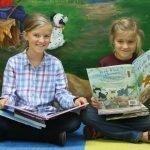 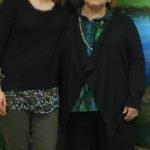