Local athletes recently teamed up to engage in a cleanup effort at the Carbon County Fairgrounds. Nearly 100 members of USU Eastern athletic teams and around 50 members of the Price Youth Soccer Association from several clubs came together for four hours to assist in pulling weeds at the soccer field.

“Many members of the team were impressed with just how nice the county soccer fields were, and asked if it would be possible for them to use the fields as well,” stated Scott Merrell with Carbon County Recreation.

Carbon Rec members also assisted with the efforts in terms of directing, providing water to the volunteers and filling large holes left by the weeds with dirt after removal. When the project was completed, those that had participated in the cleanup effort were treated to root beer floats courtesy of Carbon Rec.

A dumpster with bags full of weeds and a great looking field was what was left to show of the hard work at the end of the day. Carbon Rec stated that they are very thankful for the volunteers and their dedication. 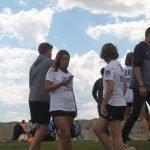 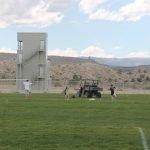 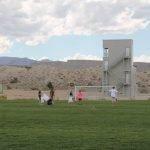 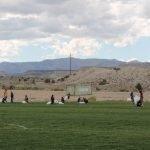 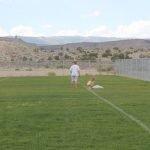 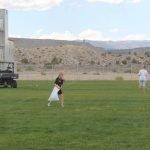 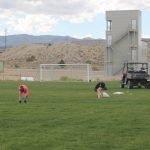 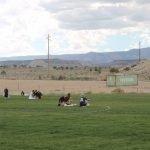 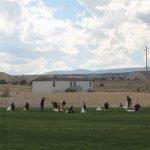 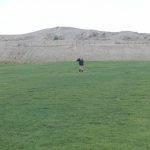 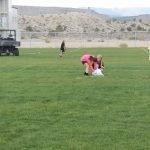 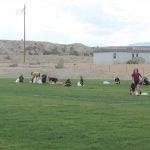 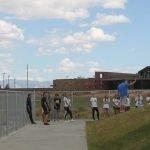 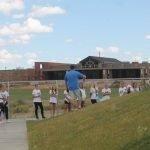 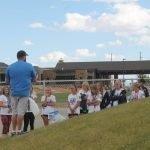 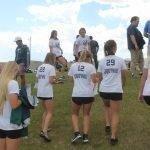 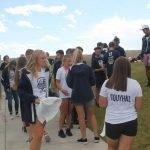 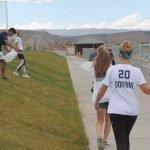 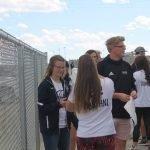