The Price American Legion baseball team, the Price Raptors, recently finished their 2016 season that had taken them around the state and across Utah’s borders as well. For the team, however, their season did not end with the final strike in the bottom of the ninth: Wednesday evening four members of the team, along with Coach Willie Ellington and others appeared before the Price City Council for a different type of award.

Recognized for their role in representing Price to other areas, the city’s Mayor Joe Piccolo took the opportunity at the council’s meeting to thank the team as well as award them with a certificate that recognized the team members as Price City Ambassadors.

“My request for you to be here was to impress upon you the goodwill that goes forward with Price Utah on your chest,” said Mayor Piccolo. “You’re ambassadors for us and we appreciate what you’ve done.”

“On behalf of the elected officials, the staff of price city and all of the citizens,” he continued, “we’re proud of you guys and we wanted to make sure you understood that.”

As a token of appreciation, members of the Price City Council were given Price Raptors ball caps, which they proudly displayed at the meeting for a time.

“It was great, especially for the players on the team,” Ellington stated afterward. “They had a lot of commitment this year and that’s what it takes to have a successful year: commitment.”

Ellington praised the young men he coaches, who finished their season of nearly 30 games with 10 wins while always making sure that a full team was able to play. He continued his praise of his athletes, many of whom are looking forward to their own coaching opportunities in the area and other ways to give back to their community.

“Leadership is about commitment,” Ellington said, “that’s what I tell those guys; we’ve just got to be committed.” 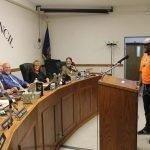 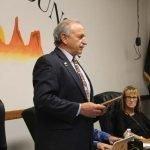 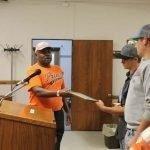 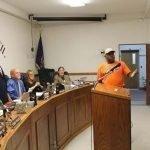 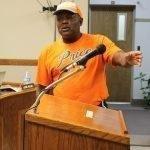 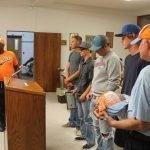 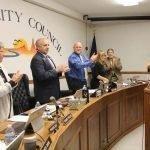 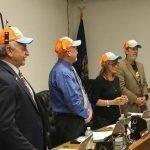 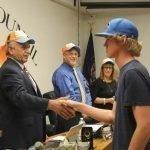 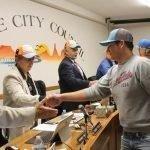 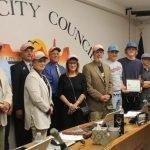