Many community members benefit greatly from the services provided at the local Food Bank. It is a highly dependable agency that provides food and some other necessities to families that are in need.

This year, 3,942 pounds of food was received. While that is a very generous donation, and anything that is received is a huge help and greatly appreciated, it takes a lot to run the Food Bank. This is not to say that the community wasn’t in support, there were a lot of different things that took place at the same time as the food drive.

Members of the National Guard were in attendance during the food drive to assist. Members in attendance were Sergeant Brock Hammer, Specialist Nico Velazquez, Private Jaymin Cowley and Private Justin Linville. The Food Bank wanted to give a special thanks to these men for donating their time to work in the Food Bank’s garden.

The food drives that benefit the Food Bank are a huge part of the success. It is a considered a double win since it brings in both food and money. There are less donations coming in and more community members that need what the Food Bank provides. Fortunately, it is possible and encouraged for any company or organization to band together and hold a food drive that can raise funds and food not only for the Food Bank but to benefit the whole community.

“It was really nice of them to dedicate a Saturday to help not just the Food Bank but to help people eat and feel better,” stated Food Bank program manager Geri Gamber.

The Food Bank takes money donations and food donations at all times. To donate, contact them at (435) 637-9232 and ask for Julie Rosier, Food Bank coordinator, or Renee Raso who is the assistant. 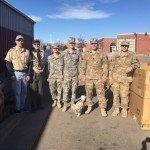 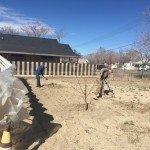 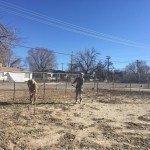 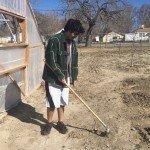 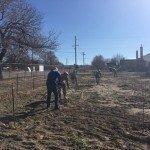 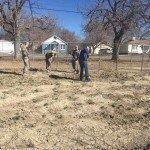 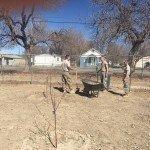 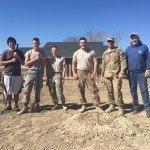 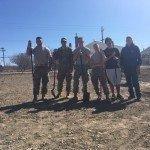